Sailing with the starcatchers; ‘Peter and the Starcatcher’ opens Summerset’s 50th season 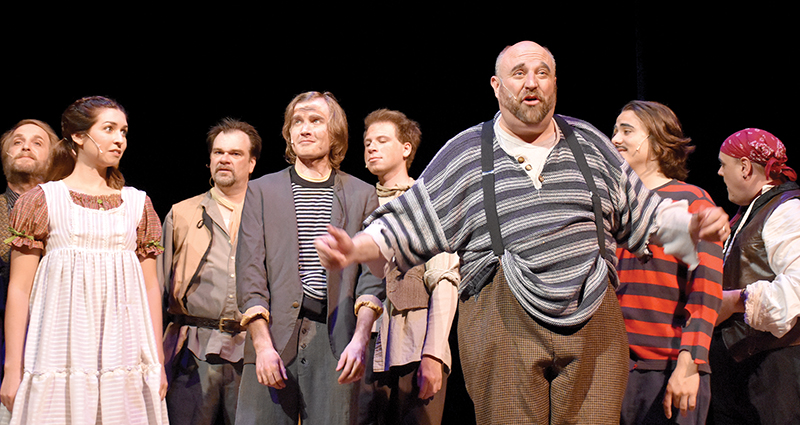 Jon Cochran and the rest of the cast rehearse a scene for Summerset Theatre’s “Peter and the Starcatcher” Monday night at Riverland Community College’s Frank W. Bridge’s Theatre. Photos by Jason Schoonover/jason.schoonover@austindailyherald.com

Summerset Theatre will bring classic characters to the Frank W. Bridges stage this week to kick off its 50th season.

Summerset will stage “Peter and the Starcatcher” at 7 p.m. Wednesday through Saturday and at 2 p.m. Sunday at Riverland Community College.

The story, based on the novels of Dave Berry and Ridley Person, is a prequel to “Peter Pan.”

“This is the first time we’ve ever produced it in Austin,” said Randy Forster, cast member and co-director of Summerset Theatre. “It was a relatively new work on Broadway several years ago. We thought it would be really exciting because it’s a classic tale with a new modern twist to it, telling the story of how Peter Pan becomes Peter Pan. You get to know all of the characters you know and love in that story and you see how they came to be.” 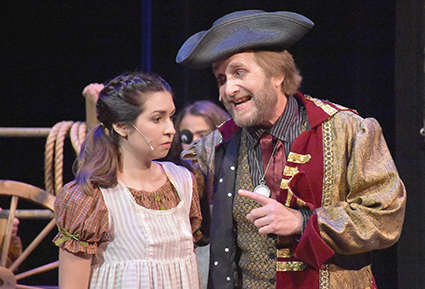 The show, which features a cast of 12 actors portraying more than 100 different characters, is directed by Lindsey Duoos Williams

“We’ve got a fantastic cast,” she said. “Because we only have 12 actors and over 100 characters, everybody in the cast has to do multiple parts. There is nobody who just plays one role.”

Williams said the limited cast was not for lack of interest.

“That’s the way the show was produced on Broadway and I wanted to keep it that way,” she said. “I think it adds to the humor of the show. To see these actors pop up in unexpected roles is part of the fun.”

Williams said the story is both humorous and touching. 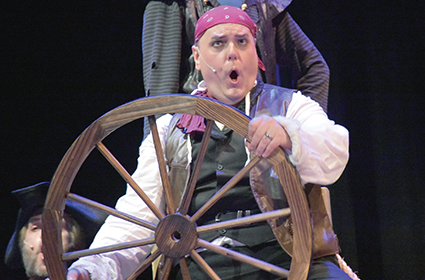 Lucas Johnson sings during a rehearsal for Summerset Theatre’s “Peter and the Starcatcher” Monday night.

“It is hilarious,” she said. “You will laugh really hard and, if you love Peter Pan at all, you’ll find it very heartwarming. It’s one of those shows where you can be giggling the whole time and at the end shed a tear.”

Forster agrees and hopes the public will come to the show.

“It is a fun, fast-paced show that I think everybody will enjoy,” he said. “Come support your local community theater, see your friends and neighbors on stage and lend your support to them.”

Forster also stated that something special will happen after Wednesday night’s show.

“At the opening night of ‘Peter and the Starcatcher,’ we’re having a special unveiling of a dedication plaque in the lobby of the Frank W. Bridges Theatre,“ he said.

All shows will be at the Frank W. Bridges Theatre at Riverland Community College’s east Austin campus.

Tickets are $15 for adults and $10 for children age 12 and under. Tickets may be purchased at the Summerset Theatre Box Office in room E107 in Riverland’s east building or online at www.summersettheatre.org. 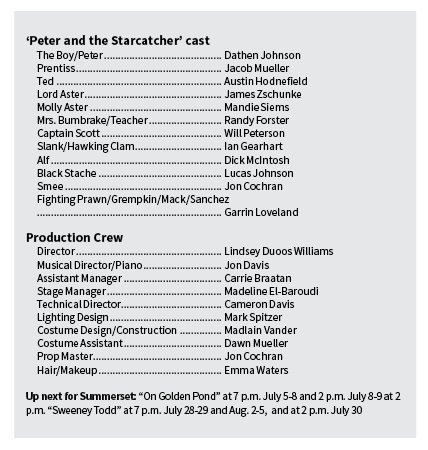