Revealing the local past; New exhibit prepped and ready at the Grand Meadow GAR Hall 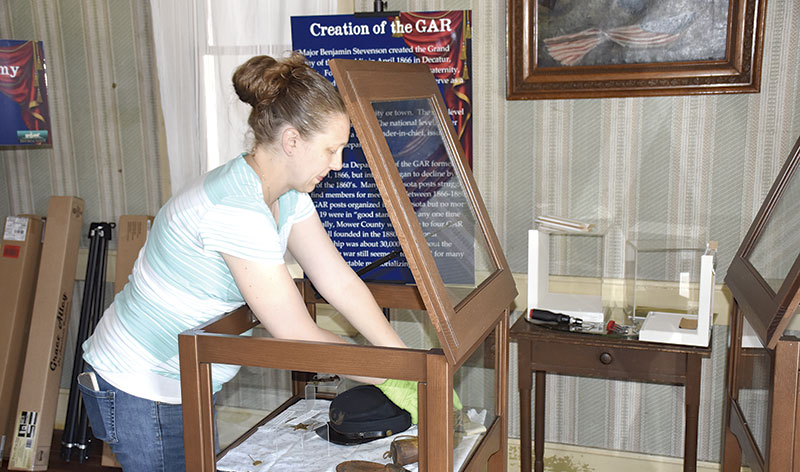 Stepping into the Grand Meadow Grand Army of the Republic (GAR) Hall is stepping back into another era.

There is no electricity or air conditioning in the one-room building, but it is neither uncomfortable nor unpleasant. One can almost see a gathering of Civil War veterans, some maimed, some crippled, while others carry invisible scars, gathered together, sharing war stories and discussing politics.

This weekend, you can learn all about the building and the GAR.

A new exhibit will open at 10 a.m. on Saturday, June 24, at the hall in Grand Meadow. The opening is held in conjunction with the annual Meadowfest celebration. 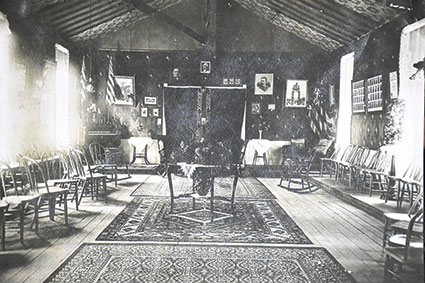 Image of the former Grand Army of the Republic Hall that once stood in Austin. Photo provided

Mower County Historical Society Curator Jaimie Timm said the exhibit has been in development since January.

“This is the Mower County Historical Society’s only site that is not in Austin,” she said.

The hall was built in 1891 to be used as a meeting hall for members of the GAR and the Women’s Relief Corps.

It was formed by 16 Union veterans and designated Grand Army of the Republic Booth Post 130.

“The GAR was a fraternal organization open to Union veterans,” Timm said. “It started as a way for them to gather together and share memories and process their war experiences. No one really understood [post traumatic stress disorder] and how being in battle affected them when they came home, so the GAR gave them a place to talk about it. It morphed into a pretty large political organization who had quite a bit of influence in Washington, D.C.”

The hall was placed on the National Register of Historic Places on June 13, 1986. It is one of only two remaining GAR halls in Minnesota. The other is located in Litchfield.

While the previous display in the GAR hall focused on Grand Meadow, the new display will focus on the GAR. 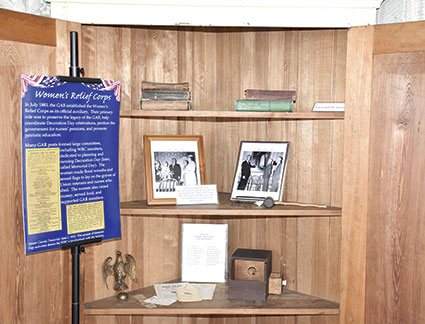 Display about the Women’s Relief Corps in the new exhibit at the Grand Meadow GAR Hall.
Michael Stoll/mike.stoll@austindailyherald.com

Timm said visitors will learn Civil War veterans had a lot in common with the veterans of today.

“There are similarities with what the Mower County Union veterans experienced and what returning soldiers experience today,” she said. “The Civil War seems like such a long time ago in our nation’s history, but one can see the similarities in returning soldiers and how they, as well as the country, processed the war and moved on from it. The GAR was a big part of that for Union veterans.”

The hall will be open this weekend from 10 a.m. to 2 p.m. on Saturday and noon to 3 p.m. on Sunday, both times during Meadowfest. Timm said the Mower County Historical Society will have another open house on Saturday, Sept. 9.

Admission to the hall is free, but donations are welcome and appreciated. Advanced registration is also appreciated, but not necessary.

For more information or to register, call 507-437-6082 or email collections@mowercountyhistory.org.