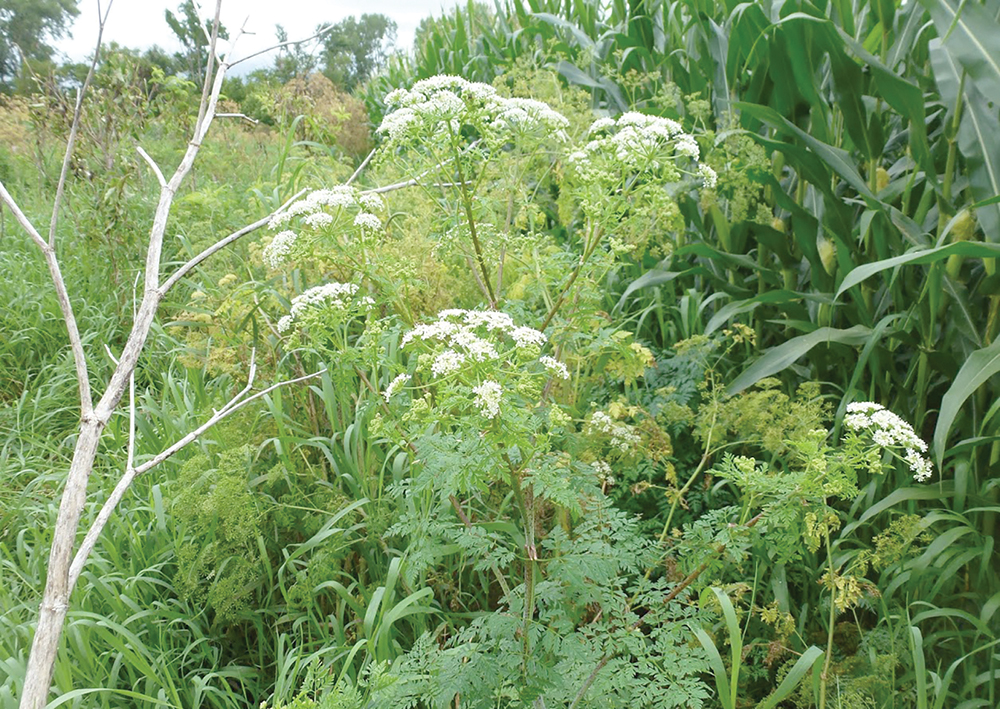 This hemlock plant is causing officials to issue warnings in southern Minnesota, as the toxic flower week can be harmful if ingested. Photo courtesy of the Minnesota Department of Agriculture

ST. PAUL — Minnesota officials are warning residents about the spread of poison hemlock in southeastern parts of the state.

Residents are cautioned to avoid touching the toxic flowering weed and to seek emergency help immediately if it’s ingested.

All parts of the hemlock are poisonous, including the leaves, stem, flowers and roots, according to the state Department of Agriculture.

It’s spreading quickly near St. Charles and Lanesboro and can often be found along roadsides, in pastures, on the banks of streams and in ditches, officials said. They recommend wearing long-sleeved shirts, long pants and gloves when handling the plant.

The invasive plant is native to Europe and grows up to 8 feet tall. It has white umbrella-shaped flowers that cluster atop the stems and emits a wild carrot-like odor. It can be differentiated from other plants by its fern-like leaves and purple blotches on the stems.

Anyone who believes they’ve found the plant is encouraged to take a picture of it and email it to the state Department of Agriculture or contact the University of Minnesota Extension office.

Residents should contact poison control if it’s ingested, or 911 if the person is unresponsive or having trouble breathing. Immediately call a veterinarian if an animal eats the weed.