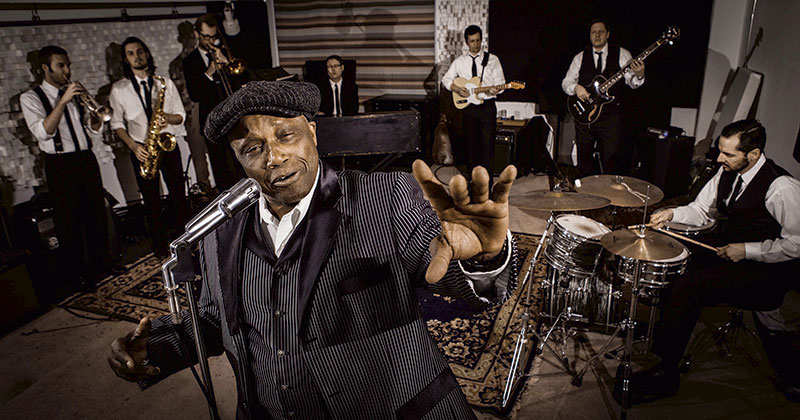 When he first started to perform to packed nightclubs again around the Twin Cities in the early 2010s, Sonny Knight wasn’t just happy to be a professional singer again after several decades of working as a trucker. He was also thrilled to simply be learning a new thing or two about the music business instead of just resting on his laurels.

“I figured at 65, what’s left to learn?” Knight said in 2014 as he was about to release his first record with his group Sonny Knight & the Lakers, with whom he enjoyed an impressive career revival that saw him packing First Avenue and headlining festivals over the past four years.

“I’ve already learned a lot,” he continued. “This feels better than anything else I’ve done in my music career.”

Knight’s lesson-filled second act was cut short early Saturday morning. He died from lung cancer at age 69 surrounded by family at Abbot Northwestern Hospital in Minneapolis. He had been given a grim diagnosis in January but pledged to fight on through chemotherapy and other treatments.

News of Knight’s cancer battle rippled through the Twin Cities music community this spring, when he and the Lakers had to cancel a full slate of summer tour gigs, including a meaningful set at HazelFest in August celebrating sober living at the Hazelden Betty Ford treatment facility in Center City.

“He told me several times that one of the reasons [his diagnosis] was so hard to swallow was because he was having so much fun,” said Lakers drummer Eric Foss, whose record label Secret Stash was integral to Knight’s comeback after it put together the “Twin Cities Funk & Soul All-Star” concerts with him in 2013.

“The whole experience to him was more than just having audiences cheer for him and whatnot,” Foss added. “It really strengthened his family life and personal life later in his life, and gave him a renewed self-confidence and love for life.”

A native of Jackson, Miss., Knight had an off-and-on music career in the Twin Cities going back to the mid-1960s.

After moving to St. Paul at age 7, he started singing in his midteens with the R&B band the Blue Jays and cut a single with them in 1965 as Sonny Knight & the Cymbals, titled “Tears on My Pillow” (not to be confused with the Little Anthony hit of the same name). Facing the draft after high school, Knight joined the Army, serving in Korea and then Vietnam.

After three years of service, he wound up in Oakland, Calif., and sang there around truck-driving gigs. He moved back to the Twin Cities in time to join Haze.

A semi-psychedelic and eventually disco-ized R&B group with multiple singers, Haze landed a Billboard top 40 hit in 1975 with the organ-laden smooth groove “I Do Love My Lady” and was wooed for a label deal before a 1979 breakup. More recently, Haze was featured in a City Pages cover story and has a track on the exhaustive new two-CD compilation “Purple Snow: Forecasting the Minneapolis Sound,” from Chicago reissue label Numero Music Group.

Summing up Haze, Knight said, “It was just a really good band, with a lot of innovative ideas.”

In the ‘90s, he joined the Bachelors, a vocal group featuring former singers from “TC Funk & Soul” standouts the Valdons. He wound up singing with the Valdons at the Secret Stash shows.

“It’s amazing — spooky, really — the roundabout way things added up to me being where I am now with these guys,” Knight said as the Lakers’ popularity rose soon after their formation.

With Secret Stash, he and the Lakers put out two critically acclaimed studio albums as well as a live collection recorded at the Dakota Jazz Club in Minneapolis. They returned to the Dakota every December, including this past winter, which is when Knight first revealed to his younger bandmates his health was suffering.

Knight is survived by two adult daughters and one son as well as three grandchildren. Service plans are still pending.
Distributed by Tribune Content Agency, LLC.