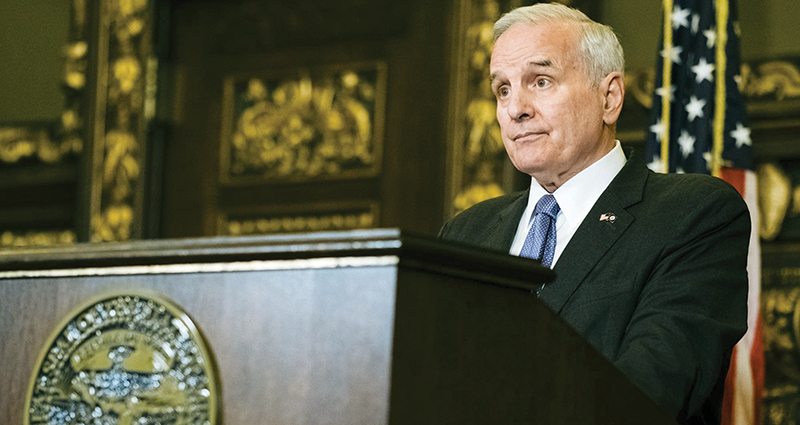 ST. PAUL — Gov. Mark Dayton on Monday joined a group of governors who are committing their states to upholding the Paris climate deal’s emissions cuts despite President Trump’s decision last week to withdraw the U.S. from the pact.

Organized as the U.S. Climate Alliance, member states aim to reduce emissions by at least 26 percent from 2005 levels and meet the federal Clean Power Plan targets.

“President Trump’s withdrawal will cause serious damage to our environment and our economy,” Dayton said in a statement. “Nevertheless, Minnesota and other states will show the world what we can achieve by working together to conserve energy, to use cleaner and renewable energy, and to leave a livable planet to our children and grandchildren.”

Minnesota already has relatively aggressive plans for fighting climate change. Some coal plants have shut down as renewable energy has made gains.

Aside from the United States, the only nations that didn’t joint the Paris climate deal were Syria and Nicaragua, whose leaders said the pact wouldn’t do enough.