Democrats have asked the Environmental Protection Agency’s inspector general to investigate claims that the agency tried to pressure a Minnesota scientist to change her congressional testimony.

Environmental chemist Deborah Swackhamer said she was contacted last month by a top EPA staffer who asked her to hedge her testimony about scientists being dropped from scientific review committees. Her claims were first reported this week in the New York Times. Swackhamer chairs the EPA’s Board of Scientific Counselors. 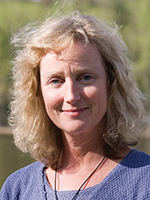 She said before her congressional appearance on May 23 she received an email from the EPA’s chief of staff, Ryan Jackson, saying that he wanted to make sure her testimony was accurate regarding questions she may face about scientists on that board who did not have their terms renewed.

Swackhamer told MPR News she thought the request was out of line.

“He wanted me to change that wording to the administrator hasn’t decided yet,” she said. “But in fact those people had received notices saying that their terms were not renewed and thanking them for their service, and goodbye.”

Since her testimony, more scientists have been dismissed from the board and Swackhamer said the panel could drop from nearly 70 to just 11 scientists by this fall. She said she fears the trend reflects a diminished role for science in federal policy under the Trump administration.

“I’m very concerned about the erosion of the value of science at EPA and throughout the rest of federal government, although I’m most familiar with what’s going on with EPA,” she said.

The dispute is the latest in a series of controversies over the EPA and its stance toward science, particularly around climate change. Members of the Trump administration have publicly questioned established science regarding the role of human activity in the phenomenon and the EPA has removed some climate change websites.