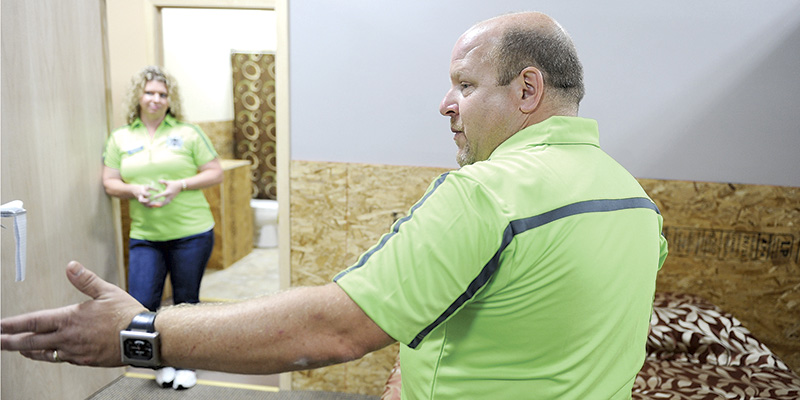 The award was given during the council’s annual conference.

As a firefighter for 30 years, Staska “is always looking for new techniques and technologies that keep firefighters safe and allow for better rescue operations for saving civilian lives. His passion for his work is exemplified by his constant striving to keep current in his industry and the continuous improvements he makes to his programming,” according to those who nominated him.

His nomination also said, “Brian is a leader in fire training and other fire trainers know if there is anyone to ask about what’s next in the fire world, it is Brian. Brian works countless hours and volunteers much of his time to ensure that his clients get exactly what they need. He has built an infrastructure for training at Riverland that is best-in-class from a model house to a grain bin rescue training mockup to a burn structure currently in construction.

“Brian constantly tries to have his training mimic real life as much as possible and he is extremely creative in developing simulations and infrastructure to do so.”

Eligible candidates must have been significant contributors to the Continuing Education and Customized Training system through the work that they have done. Candidates must be/or have been actively involved with or in support of the MnCCECT organization and its mission.

It is the fifth-largest higher education system in the United States.