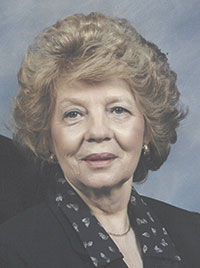 Marianne was born in Hartland, Minnesota, on Feb. 1, 1936, to Carl and Olive Swanson. Following graduation from New Richland High School, she received her degree in elementary education at Mankato State University. While attending Mankato State, she met and married the love of her life, Richard Lees of Austin. She briefly taught kindergarten before starting a family. Later in life she worked as a paraprofessional for the Congregational Preschool in Austin. Marianne was a gentle soul who loved children and animals. Her priority was always her family and she was a loving wife, mother and grandmother. She loved her flowers, her dogs, doll collecting, going to estate sales with her twin sister, Marilyn, her dance and home improvement shows, and listening to her favorite music. Her family and friends will miss her dearly.

Funeral services will be held at 11 a.m. on Friday, June 23, 2017, at Our Savior’s Lutheran Church in Austin with Pastor Karen Behling officiating. The Lees family will greet friends from 9 to 11 a.m. on Friday at the church prior to the service. Interment will be at a later date.

Memorials can be directed to the Mower County Humane Society, Our Savior’s Lutheran Church, or recipient of donor’s choice. Worlein Funeral Home of Austin is assisting the family with arrangements. Condolences may be expressed to the family online at www.worlein.com.