Man gets prison for sexual assault 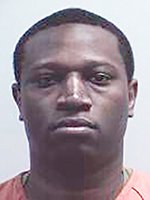 A 31-year-old Austin man is heading to prison for sexually assaulting a teen girl.

Dontavious Omar Green was sentenced Thursday to seven and a half years in prison for felony second-degree criminal sexual conduct in Mower County District Court as part of a plea agreement. He received credit for 216 days served and must pay $85 in fees.

According to court records, Green engaged with an escalating series of sexual acts with a minor female dating to when the victim was 11.

The incidents came to light after a friend of the victim learned what Green was allegedly doing and reported it. The victim had told the friend she was afraid to report the abuse.

The acts began when Green and the victim were playing a game and he asked her to engage in a sexual act. From there, he began groping her before the incidents progressed to sexual penetration.