Man charged with theft and weapons charges pleads not guilty

A Stillwater man is facing charges after being caught driving a stolen vehicle near Racine with an assault rifle, pistol, a BB rifle, a rifle, a BB gun, three compound bows and three open bottles of liquor. 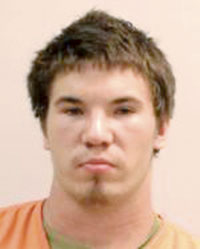 According to court records, Matchinsky was arrested on June 14 after a Minnesota State trooper pulled him over on Highway 63 in Racine Township at 4 p.m. for allegedly going 76 mph in a 55-mile per hour zone.

The trooper ran the license plate on the 2001 Ford F-150 Matchinsky was driving, which came back reported stolen.

Matchinsky initially told the officer the truck belonged to his stepfather, who also had the proof of insurance.

But when the trooper informed him the vehicle came back classified as stolen, Matchinsky allegedly said he had stolen the vehicle from someone he knew. Matchinsky was arrested.

The report stated that a lottery ticket allegedly covered the VIN plate. Upon removal of the ticket, it was found the VIN plate looked to have been pulled back toward the steering wheel.

The owner of the Ford was contacted and said he was familiar with Matchinsky. He said he suspected him of stealing another vehicle from him a few years earlier.

Matchinsky is also wanted in Washington County, where he is awaiting trial for a charge of felony possession of stolen property.

Matchinsky is scheduled to go to trial in Mower County in November.