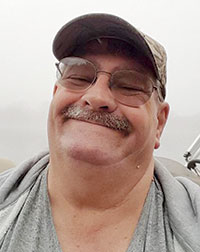 Larry was born in Austin, Minnesota, to Niels and Kathryn (Kimlicka) Christiansen.

Larry dedicated his life to his career as an over-the-road truck driver. When he retired after 40 years, he enjoyed working for Tri-Cap, providing rides to those in need, and later transporting employees of BNSF railroad.

Larry loved giving others a hard time, but his heart of gold remained. He enjoyed fishing with his dad and brother when he was able to. He also enjoyed spending time with his family, especially his grandchildren. He will be forever missed.

He was preceded in death by his mother, Kathryn.

Visitation will be from 1 to 2 p.m. on Friday, June 30, followed by the Celebration of Life at 2 p.m. at Riverside Evangelical Church, 405 Riverside Ave. North, Sartell, Minnesota. Pastor Ryan Conrad and Pastor Isaac Gould will officiate.

Williams Dingmann Family Funeral Home of St. Cloud as in charge of arrangements.