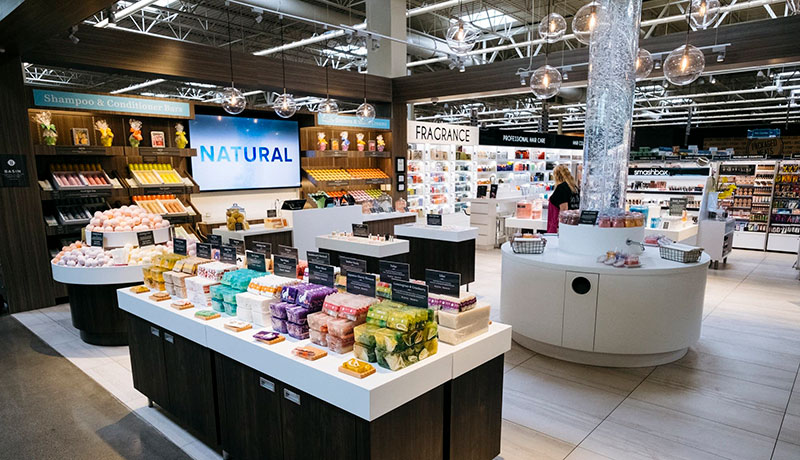 The grocery business is a tough line of work. You can be a household name like Applebaum’s or Red Owl, and then fade away.

Or you can be a market leader whose fortunes fall fast.

Rainbow was once deemed the No. 2 grocer in the Twin Cities. But after changing hands a few times, its ownership sold off stores to rivals, citing rising competition.

Supervalu, the Eden Prairie-based owner of Cub Foods, undertook a massive nationwide expansion, gobbling up other chains. But it racked up big losses and debt and sold most of the stores.

Hy-Vee entered this fray in September 2015, opening its first Twin Cities store in New Hope, where Marsha Campbell has become a regular customer.

“I would say the quality is Byerly’s,” she said. “The prices are better than Cub.”

Hy-Vee is a major grocery chain, with about 240 stores in eight states. The grocer has long served southern Minnesota — including a newly opened store in Austin — but entering the Twin Cities market represents a significant expansion move.

Hy-Vee will have eight stores in the Twin Cities by year-end and has announced plans to open at least seven more.

“The Twin Cities is good match for what we do with our stores and how we believe in being involved with communities,” said Hy-Vee executive vice president Darren Baty. “We’ve been talking about it for many decades and we finally decided to do it.”

New Hope store director Tony Taylor said winning customers is a challenge when so many players — even Menards and Fleet Farm — are looking to grab a piece of shoppers’ grocery spending.

“There is loyalty,” he said. “But you have to work hard to really earn it and keep. It’s not one of things that once you earn their loyalty, you have it for life. You earn it every shopping trip.”

Cub is still No. 1 in the Twin Cities market, in terms of stores, with about 70.

But Target, Aldi, Trader Joes, Fresh Thyme, Whole Foods, Walmart and others have been nibbling — or chomping — at the market more.

“Rainbow is done,” he said. “And Cub has been on a decline for quite a while. Hy-Vee sees Cub as an ineffectual operator and low-hanging fruit. Another good reason to come to Minneapolis is Target isn’t very good at grocery either. And they’re like the No. 2 market share leader.”

Target has had trouble keeping its stores well-stocked and convincing shoppers disappointed or bored with the retailer’s grocery department to come back and try it again.

Livingston thinks the Twin Cities will continue to see a steady stream of new entrants —and failures. But he the competition is good for consumers, he said.

“It’s like when Aldi came into the market,” he said. “Consumers realized how much they’ve been overcharged. And now when they see Hy-Vee, they now realize what poor competitors many of the others were all this time. Hy-Vee is a step-up in class to your typical, middle-of-the road conventional supermarket.”

Incumbents are not surrendering without a fight. In Oakdale, for instance, Cub met Hy-Vee head-on, opening a new store across the street with an expanded produce section and more organics and grab-and-go food.

Cub did not agree to an interview for this story. But the grocer’s parent company, Supervalu, says it’s been struggling with the operation of its five remaining supermarket chains.

In an April conference call with industry analysts, CEO Mark Gross said Supervalu is committed to turning around its performance. He said that’ll include investing in existing Cub stores and opening new ones.

“The sale and earnings trajectory at retail over the past two years is not acceptable,” Gross said.

University of Minnesota marketing professor George John said more rivals are likely to respond to Hy-Vee as the expansion continues.