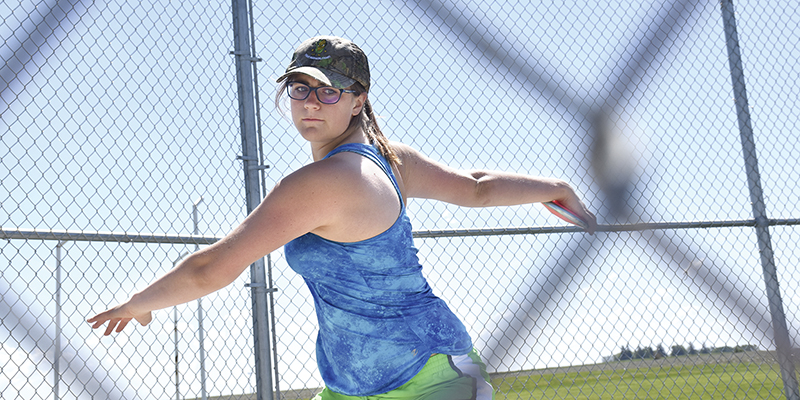 HAYFIELD — When Hayfield junior discus thrower Katrina Thoe is up against a top level thrower, she doesn’t get nervous or scared. She gets excited.

Thoe has made a big surge this season and she’s all set to throw discus in the Minnesota Class A state track and field meet for the first time in her career in Hamline University in St. Paul 4:30 p.m. Friday. Thoe advanced to state with a throw of 116 feet, 7 inches and she’s hoping to reach 120 feet at state, which she’s done twice this year.

Thoe has never attended the state track meet before and she’s excited to be in the field of competition. 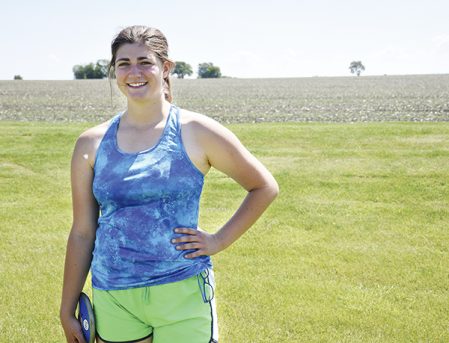 Hayfield junior Katrina Thoe will make her debut at the Minnesota Class A state track and field meet when she competes in the discus Friday at Hamline University in St. Paul. Rocky Hulne/sports@austindailyherald.com

“It’s going to be weird, because I’m not used to that much competition, but I’m excited. Competition sparks a fire in me and it helps me do my best,” Thoe said. “I love the thrill of competition and I get more excited about the bigger meets than the smaller ones.“

Thoe was throwing the discus in the low 100s last season, and this season her best throw was 122 feet, when she broke the record for the Pine Island Invite. She was able to make improvements by taking things a lot more seriously this season. Thoe spent about an hour throwing after practice on a regular basis, she lifted weights as much as she could and she even watched videos of throwing to improve her form.

“I’ve been a lot more focused this year. It’s good to be be light hearted, but this year I’ve tried to go through my full warm ups and stretches with focus and I’ve really tried to take note of everything everyone says,” Thoe said. “I saw my potential a little more last year. This is something I’m really passionate about and I wanted to really do a lot better. I knew this was something I could be good at if I worked hard it.”

While Thoe isn’t shying away from throwing against the better throwers in the state this week, she still feels that her biggest competitor is the one in the mirror. Thoe said she’s always trying to throw her best, no matter where she finishes in a meet.

“Even if I get first in a meet, I’m mad at myself if I don’t have a very good throw,” she said. “I love the sport, and I just want to PR, even if I don’t get first. It’s cool that I’ve been able to improve from last year a lot.” 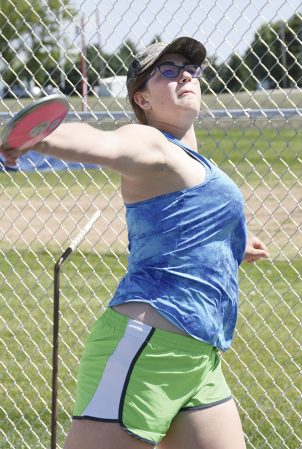 Thoe also wanted to credit all of those who have helped her out this season.

“I’d like to thank my coach, my teammates and my mom for their support,” she said. “I really couldn’t have done it without them.”