Hayfield baseball team puts up a fight, but bows out in Section 1A title game 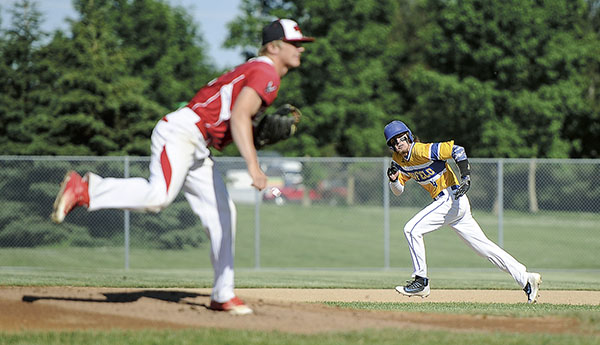 Hayfield’s Lane Canny breaks for second on a stolen base attempt against Wabasha-Kellogg in the Section 1A championship Tuesday at Dick Seltz Field. Eric Johnson/photodesk@austindailyherald.com

HAYFIELD — The Hayfield baseball team wasn’t able to make school history by getting to state, but it was able to keep up it’s ‘never quit’ mantra as it’s season came to an end in a 3-2 loss to Wabasha-Kellogg in the Section 1A title game in Seltz Field Tuesday.

Hayfield (13-13 overall) committed four errors in the span of two innings and it trailed 3-0 after four innings, but the Vikings didn’t implode. They fought back. 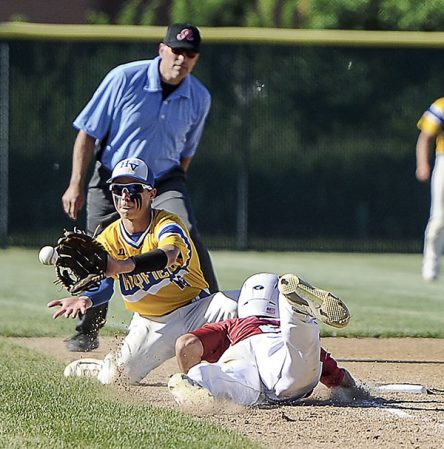 Hayfield’s Brady Nelson looks in the ball as Wabasha-Kellogg’s Jackson Gosse dives back into third base Tuesday in the Section 1A championship at Dick Seltz Field. Eric Johnson/photodesk@austindailyherald.com

“At one point in the season we were 4-8 and it didn’t seem like we could do anything right. We didn’t give up, we came back,” Hayfield head coach Kasey Krekling said. “Then we lost in the playoffs in the second round and we could’ve said we were done, but we fought back and won four more games. Tonight we were down 3-0 and we fought back, but we just couldn’t get that big hit in the last inning.”

Fjerstad pitched six innings while allowing just two hits and zero earned runs as the Falcons (16-8 overall) plated all of their runs on Hayfield errors.

Nelson, a freshman, said Hayfield was hoping for a better result and he gave credit to the Viking seniors who led the way this spring.

“We wanted it as bad as anything in the world and we were fighting all season for this. We just couldn’t get the win,” Nelson said. “The [seniors] taught us every single day of practice and during the games. They taught us how to play baseball.” 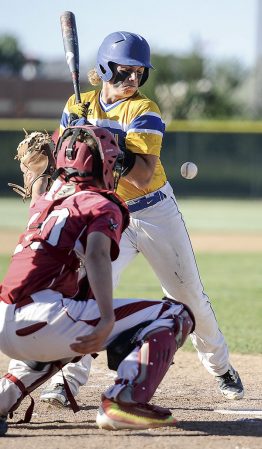 Hayfield’s Kolby Tapp gets plunked during an at-bat against Wabasha-Kellogg in the Section 1A championship Tuesday at Dick Seltz Field. Eric Johnson/photodesk@austindailyherald.com

Hayfield stranded 10 runners on base in the loss and five of those runners were in scoring position. The Vikings had runners on second and third with one out in the second, but a botched squeeze play ended that threat.

Krekling, who is in his sixth year at the helm, said it will be tough to see this senior class go as he started with them when they were seventh graders.

“The strides they made in staying together and staying out and keeping 10 guys out in a small school, that’s unheard of,” Krekling said. “You can’t replace them, but we’re going to try our best next year to see what we have and hopefully do the best we can without them. There’s going to be some growing pains. A lot of credit goes to Tom Dublin, my assistant coach, because he’s the one who started this group back in third grade.” 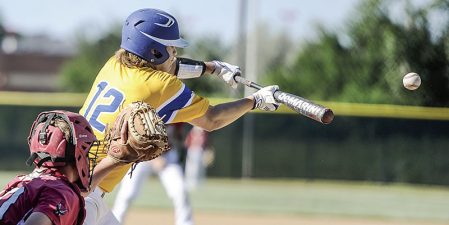 Hayfield’s Adam Fjerstad reaches out to bunt against Wabasha-Kellogg in the Section 1A title game Tuesday at Dick Seltz Field. Eric Johnson/photodesk@austindailyherald.com