In a tournament where rain has been a constant thorn, the Austin Greyhounds once again were the victims Saturday in the SpamTown Classic.

Sporadic rains during the afternoon through the tournament off and forced the Hounds to cancel their game with the St. Paul Capitals Saturday night.

This came on the heals of a pair of losses the day before.

The Greyhounds lost to St. Louis Park in extra innings 5-3 to open up their tournament play.

The Hounds held a 3-1 lead after four innings, but they struggled to find their bats after. St. Louis scored runs in the fifth and sixth inning to tie the game at three and then added two runs in the 10th inning to gain the win.

Tyler Nelson led the Hounds at the plate going 3-for-5 with two singles and a double.

In the second game Austin lost to Joliet, Illinois 8-3.

Joliet took an early 3-0 lead after one and then scattered five runs in the later innings.

The Greyhounds best appearance at the plate came in the third inning. The Hounds cut the lead to 3-2, but left the bases loaded. 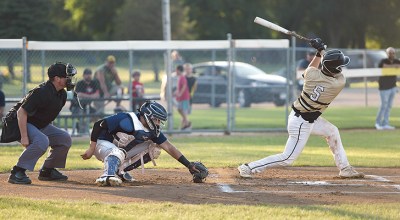 Play before work: Jimenez always has time to fit baseball into his schedule 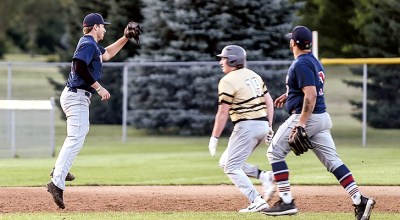 On the Mark: Longtime veteran lifts Hounds to a victory over Royals 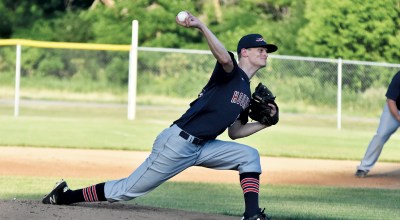