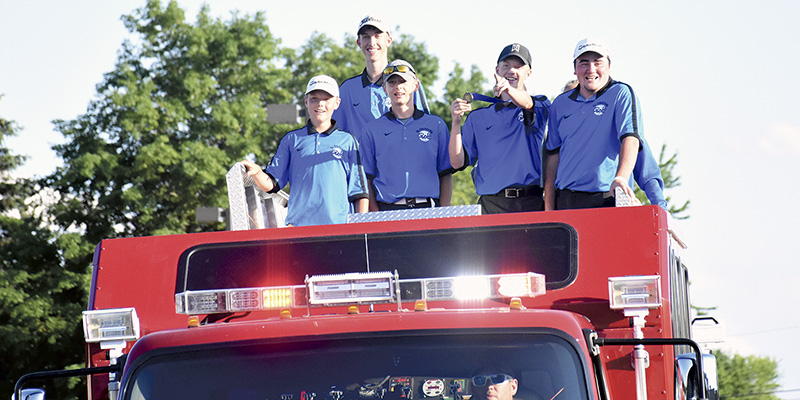 BLOOMING PRAIRIE — Blooming Prairie senior Tommy Braaten put the icing on the cake of his high school golf career when he captured the Minnesota Class A individual boys state title in Becker Wednesday.

Braaten, who shot a BP school record of 68 on Tuesday, capped off the tournament with an 18-hole score of 72 to finish with a two-day total of 140, which gave him a 10-stroke victory over Matt Berning of Mounds Park Academy, who shot a 150.

The two days saw Braaten play the best golf of his career, and he had a hard time wrapping his head around what he had just done when he returned to BP for a welcoming ceromony.

“Nothing’s really sunk in quite yet. I’m super excited and proud of the way I played,” Braaten said. “Today there were times where it started to come apart a little, but I kept it together with some par saves.” 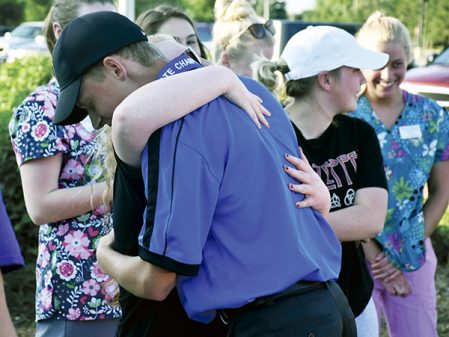 Braaten said he was motivated by his experience at the state meet last year, when he took fourth overall, but was way out of contention for first place.

“Last year Blake Kahlbaugh from Mahnomen shot a 138 and he was six under,” Braaten said. “He whooped me by 15 and I played with him both days. Watching that and seeing that in person kind of taught me how to win. I wanted to do the same thing he did this year and I was able to do that, but I didn’t think it would be ten strokes. I had no idea where I sat and I was kind of surprised to win by ten.”

Braaten played in three state meets for BP and it was a big step for him to finally win one.

When he and the BP boys golf team returned to BP high school, they were greeted with a fire truck escort and a crowd outside the high school. After chasing the state title for the last four years, Braaten was finally able to step back and enjoy it.

“It’s been a good ride. This is awesome,” Braaten said. “I didn’t think this many people would show up and it means a lot.”

BP’s Taylor Christianson took 19th in her fourth state meet appearance as she finished with a 177. Christianson shot a 97 on Wednesday. 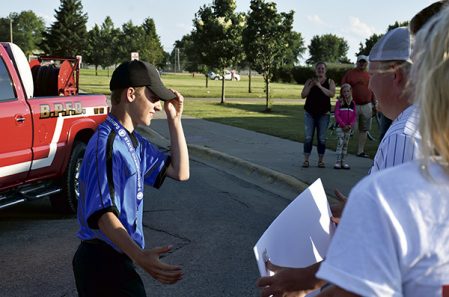 “Taylor did not finish as well as she would have liked, but she has nothing to be disappointed about,” BP co-head coach Cory Hendrickson said. “She had a great career and played some outstanding golf along the way. She is a four-time state qualifier and that is something that is extremely difficult to do. She has certainly proven she deserves to play along with the best golfers in the state.”

The BP boys finished seventh in the state meet as a team with a score of 697. This is the second consecutive season that the BP boys have competed in state.

“Our boys team did not play as well as they would have liked, but their effort was outstanding,” BP co-head coach Cory Hendrickson said. “To get here two years in a row is a credit to them. They have been such a fun group to work with. Hopefully our younger golfers will be motivated to work hard and try to become the best golfers they can be.”