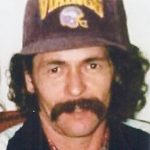 Jerry attended Austin High School then enlisted in the U.S. Army on Feb. 24, 1970, and served until July 27, 1972. He married Wendy Tollefson and they later divorced, but had a loving son, Shane Johnson. He worked for Austin Bowl for years and did a lot of painting for people.

At a young age he loved to ride horses and go to horse shows. He really enjoyed fishing all his life.

He was preceded in death by his mother, Nancy Johnson; brother, Jim Johnson; sisters, Renae Holzpfel and Chris Shocker; and brother-in-law, David Utzka.

Memorial services will be held at noon on Thursday, June 29, at Clasen-Jordan Mortuary with the Rev. Elizabeth Endicott officiating. Interment will be at Grandview Cemetery. Visitation will be for one hour before the service.