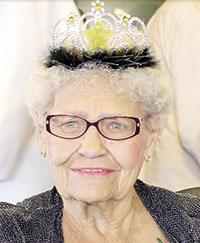 Graveside services will be held at 1 p.m. on June 17, 2017, at Oakwood cemetery (North End) Austin. Luncheon to follow at The Hormel Historic Home.