Cruisin’ for a Bruisin’: AHS athletes Braaten and Hawkshead have stayed busy this summer 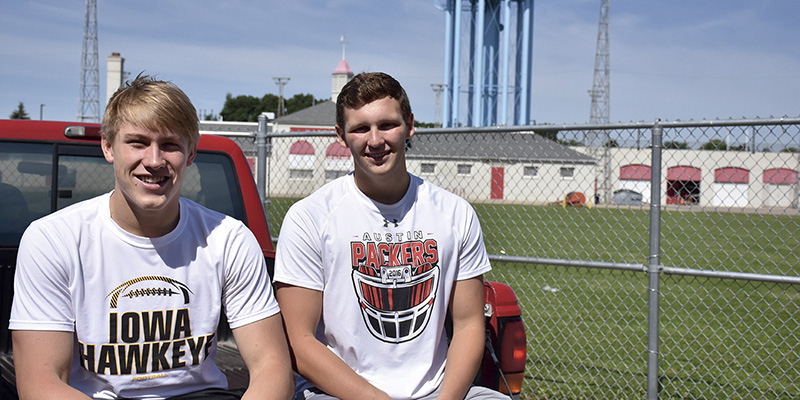 Austin’s ‘Bruise Brothers’ (from left) Luke Hawkshead and Logan Braaten have stayed busy throughout this summer. They both focus on football, but are also three-sport athletes and they each hold a summer job. Rocky Hulne/sports@austindailyherald.com

No matter what sport Logan Braaten and Luke Hawkshead are competing in, they’re not afraid of a little physicality.

The Austin duo, who will be seniors in the fall, have established themselves as a big presence on the line for the Packer football team and they also earned the nickname “Bruise Brothers” as they did the dirty work for the undefeated Austin JV boys basketball team last winter.

This summer, Braaten and Hawkshead haven’t taken much time to rest or reflect as they’ve stayed busy with football camps and basketball offseason activities, while also holding down summer jobs. Hawkshead, who plays baseball as his third sport, is a member of the Austin Post 91 Legion baseball team and Braaten plays tennis as his third sport. A typical day in the summer for the duo involves an early morning weight lifting session, a couple of hours of basketball, a few hours of work and then a couple hours of football or baseball. If they’re lucky, they get a chance to hang out with friends from 10 p.m. to 1 a.m.

“We get up earlier in the summer than we do during the school year,” Braaten said. “We were both raised really busy by our parents, so we don’t know how to not have something to do.”

Finding a love for football

Braaten and Hawkshead are now close friends and they’re both looking to play college football at the Division II level or higher, but that wasn’t the case three years ago. Hawkshead went to kindergarten in Austin, where he recalls knowing fellow Packer Tate Hebrink, but then his family moved to Iowa and he lost touch with the town. When Hawkshead moved back to Austin from Iowa in the summer before his sophomore year, he was ready to give up football after dealing with multiple injuries. It wasn’t until Austin grads Zach Coffey and Jayden Cantu, who were senior football players at the time, showed up to his house and asked him to play when he made up his mind to come out and play for the Packers. 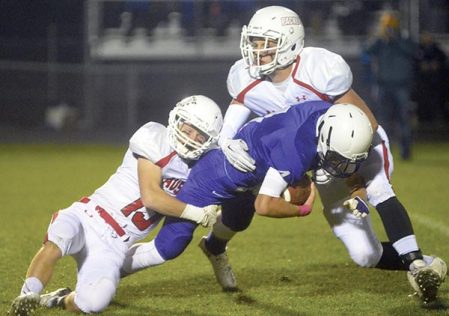 “I wasn’t really into [football] and I didn’t really want to do anything with anybody,” Hawkshead said. “[Coffey and Cantu] talked me into it and the rest is kind of history. Now it’s my favorite sport by far. I love playing it and I like hitting people hard.”

Braaten has also had his doubts about football over the past few years. Although he was brought up to the varsity team as a freshman, he tore his labrum as a sophomore and after going through six months of rehab, he broke a bone in his ankle and missed a good portion of his junior season.

“After my freshman year, I was thinking I would have a big high school career,” Braaten said. “I had my shoulder injury my sophomore year and I had my ankle injury my junior year. It slowed me down and it got me in kind of a bad mindset about football. Rehab helped me work hard to get back to where I was. The injuries sucked, but I’m ready for a big senior year now.”

When Braaten did return to the lineup last fall, he was a big factor at defensive end as the Packers won four out of their last five games and Hawskhead was a force on the offensive and defensive lines throughout the season.

“I think both guys are looked up to by their teammates and our team has a great amount of respect for their abilities. We look for these two to not only lead by example but to also be great vocal leaders on our team as well,” Vesel said. “One of the greatest qualities that young people can have is to be coachable. Both of these guys are just that and they listen and try to learn from their coaches. They try to improve everyday they step on the practice field.”

Going up against the best

This summer has seen Braaten and Hawkshead put their football abilities on the line against some of the best players in the Midwest. Both players recently attended the NDSU football camp, and Hawkshead has attended camps at the University of Iowa and Chicago.

The camp in Iowa was a special experience for Hawkshead, who is a Hawkeye fan. He was able to meet and talk with Iowa’s strength coach Chris Doyle before and at the camp.

“Growing up as a Hawkeye fan, that was pretty cool. It was fun and I learned a lot there too. They’re really on top of you about doing everything perfect,” Hawskhead said. “You go to those camps thinking you’re a pretty big guy, and then you realize there’s a lot bigger kids than you out there. There’s little things that you learn that help you improve your game.”

Braaten said going to big camps with highly talented players has helped him raise his level of play and it was also a bit eye opening. The margin for error gets a lot smaller when facing up against bigger and stronger opponents.

“There was a thousand plus campers at NDSU and everyone of them is debatably the best player at their school. You’re going up against somebody who’s really good and that’s good for your competition level,” Braaten said. “At practice [in Austin] Hawk and I can get away with a lot of mistakes in mechanics because we’re bigger. You go there and you can’t make little mistakes.” 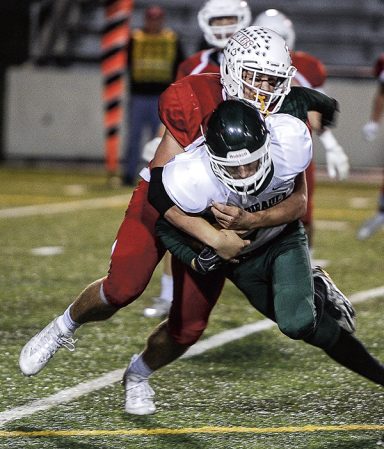 Bringing it on the hardwood

Last season, Hawkshead and Braaten served as the human victory cigars for the Packer boys basketball team as they usually only came into the game when the score was out of hand. But this year, they’ll be looking to contribute to those victories as the Packers will make a push for their third straight Minnesota Class AAA State Boys Basketball Tournament.

With Austin graduating much of its front court, Braaten is ready to resume playing with some of his long-time friends and teammates. When he played Austin Youth Basketball, the starting lineup usually included Braaten, Hebrink, Moses Issa, Douth Gach and Both Gach.

“I haven’t played with those guys since freshman year because they’ve been up at the varsity level taking over,” Braaten said. “We still have the chemistry that we had back then and it’s been really fun to get back with the guys I played with my whole life.”

Austin head boys basketball coach Kris Fadness said that both Braaten and Hawkshead will step up and play some big varsity minutes this season. It’s likely they’ll be in the paint bruising it up with the big men and they’ll also be asked to set some screens to free up Austin’s explosive scorers.

“They are great, hard working young men,” Fadness said. “Logan and Luke are the two toughest, most physical guys on are team. They will do the dirty work of setting screens, rebounding, and moving bodies. They also are very aware of their strengths and weaknesses and they know how and when to get their opportunities to score.”

Hawkshead said he’s looking forward to the basketball season as he will play alongside the talent that Austin has amassed.

“Winning’s always fun and those guys make it so easy to play,” Hawkshead said. “Those guys are great players and they’re not selfish either. It makes the game ten times more fun to play.”

No rest for the motivated

While some high school students take their summers off to relax and some high school athletes spend all of their time on just one sport, Braaten and Hawkshead have not shown any signs of slowing down this summer.

They’ve tried to be available for the basketball and football offseason programs, but sometimes they have to make the decision to choose one over the other. For both players, that decision usually favors football.

“Sometimes it kind of sucks to miss basketball stuff, but in the long run we’re better football players than we are basketball players,” Braaten said.

Hawkshead and Braaten also excel at being three sport athletes. While they aren’t standouts in all of their sports, being diverse athletes has helped them become better football players.

Hawkshead said he learns just as much from his struggles as he does from his accomplishments.

“If you just do one sport, you’re probably the best at it, but if you do more than one sport you’ll learn what it’s like not to be the best at it and it makes you mentally stronger,” Hawkshead said. “It helps you develop a little more overall athleticism. I love playing three sports because it gives me something to do constantly. I don’t like sitting on the couch a ton.”

The Austin football team will open its season when it hosts Rochester Mayo at 7 p.m. on Sept. 1.