If plans continue moving forward, a new assisted living facility could open in the Brownsdale Elementary School in March of 2018. Photo courtesy of Hayfield School District

Plans to convert the former Brownsdale School into an assisted living facility could be fully cleared to move forward and break ground as soon as mid-July.

Diedra Burke and her fellow investors with Legacy Health Partners are set to request 15-year tax abatements from the city of Brownsdale on July 5 and Hayfield Community Schools on July 10. Burke said both entities have voiced early support to the plan to convert the school into assisted living apartments.

“To say that we’re happy would be an understatement,” Burke said.

The Mower County board approved a request on Tuesday to abate 15 years of property taxes — about $10,053 a year and at least $150,000 overall. Burke is also seeking similar abatements from the city of Brownsdale for $24,747 a year and Hayfield Community Schools for $6,624 a year.

Burke is seeking the tax abatements as an incentive to help her move forward on the project after remodel costs far exceeded their original plans. Estimated renovation costs spiked from an initial $1.5 million to about $3.5 million, largely due to roofing and plumbing challenges.

While Burke told the county board on Tuesday that a few school board members expressed initial hesitation at the abatement, others with the district contacted her a few days later expressing support and urging her to bring the idea to the school board.

Though she sought the tax abatements to offset the increased construction cost, Burke said the public support is even more valuable.

Burke called the developments “super exciting,” adding the next and last major hurdle would be to finalize loan terms with First Farmers & Merchant Bank of Austin and Brownsdale.

“Once that’s complete, we have everything we need,” Burke said.

Burke praised staff at the bank as being tremendously supportive and helpful throughout the process, saying she hopes to complete the financing in early July before a possible groundbreaking in mid-July.

Legacy Health Partners wants to renovate the building to include 32 studio and one-bedroom assisted living apartment units, ranging from about 450 to 600 square feet in space.

The school has been vacant since last March, when Hayfield Community Schools voted to close the school and move all students to Hayfield.

If all goes according to plan, the facility would open March 1, 2018, after an eight- to 12-month build.

More than 20 people are on a waiting list for units that are expected to be leased on a base rate of $2,195 a month. The facility is expected to have 13 full-time and 12 part-time employees, and the county and city’s abatements would be tied to staffing numbers based on the numbers of residents.

Brownsdale and area residents will have a chance to voice their opinions before the Brownsdale City Council on July 5 and before the Hayfield board on July 10, but people only spoke in support of the plan at Tuesday’s meeting.

DuWayne Skov, 85, of Brownsdale told the board the empty school isn’t bringing any money to town right now, and he doubts any other business will go there if this doesn’t move forward.

“I’m all for it; I’m just 100 percent behind it,” he said, adding he hopes to live there someday.

Legacy Health Partners will look to house elderly waiver residents, who often receive state and county support for their housing. The region currently sees a shortage of such assisted living beds in the county and region, due to the swiftly growing Baby Boomer generation. 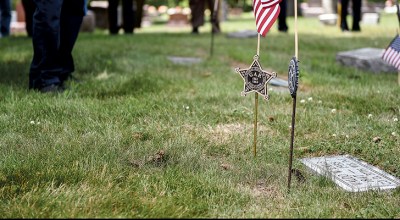 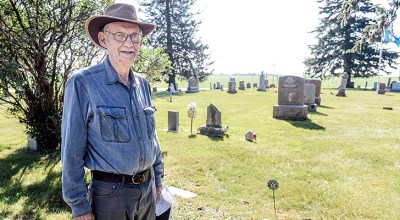