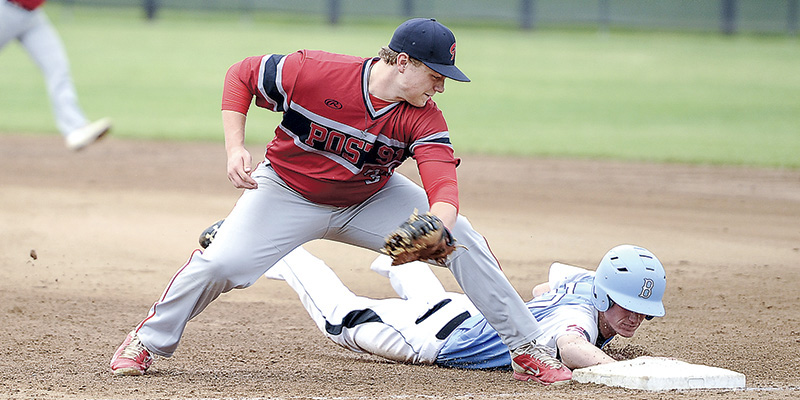 The Austin Post 91 baseball team picked up its fourth win in four days as it beat Byron 7-2 in Marcusen Park Thursday.

Josi Bothun pitched six straight scoreless innings before Byron added a couple of unearned runs in the seventh inning. He scattered six hits and struck out four to pick up the pitching win. Bothun, who also went one-for-three at the plate, said a positive attitude has gone a long way for Post 91 (8-2 overall) this summer. 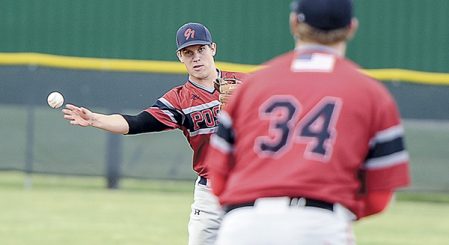 Austin Post 91 second baseman Daniel Bollingberg throws to first to get an early out against Byron. Eric Johnson/photodesk@austindailyherald.com

“It’s all fun and all smiles,” Bothun said. “There’s no drama and it’s been a fun season. We’ve been staying loose and having fun [at the plate]. That’s the main thing for me at least.”

Austin jumped out to a 3-0 lead in the third inning when Pete Conner had an RBI groundout and Riley Retterath had a two-out RBI single. Austin pushed the lead to 4-0 in the fourth when Phillip Zynda knocked in a run.

While short on numbers, Austin has been able to stay effective with the same players contributing on an nightly basis.

“It’s good for our guys,” Austin head coach Joe Kroc said. “You can take a negative look at the numbers, but there’s also a positive side and kids are getting a lot of good at bats against quality pitching. I’m OK with having ten or 11 guys because we want guys that are going to be ready to play against the top end talent.” 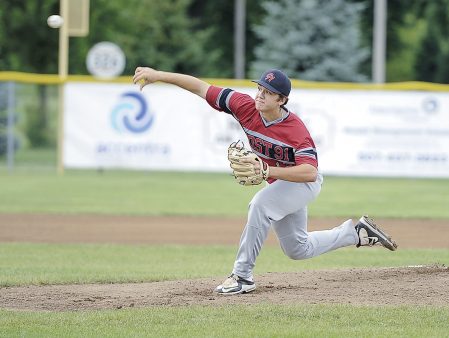 Austin’s pitchers have allowed just three earned runs this week as the team racked up two wins against the Rochester Redhawks and a win over Waseca and Bryon.

“Pitching has been great this week,” Kroc said. “Josi has had slow starts in his last couple of starts and it’s good to see him get going right off the bat.”

Bothun simply aims to throw the ball over the plate when he takes the mound.

“I’m not a big strikeout pitcher, but I just throw strikes and let them play defense,” Bothun said. “It’s easy when you have a good defense.”