Benefit to be held for infant with rare disease 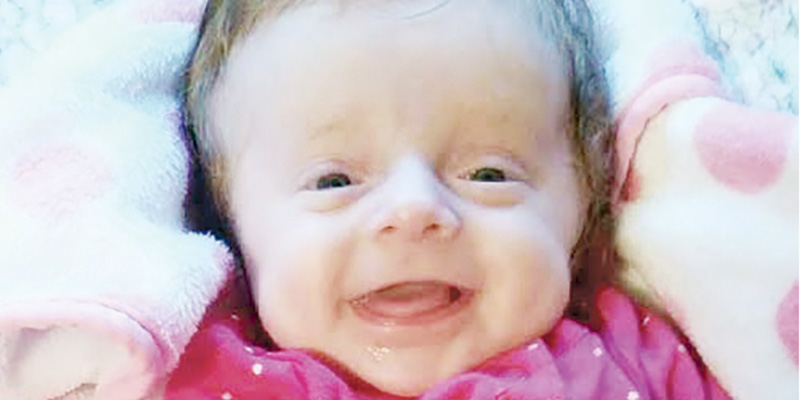 Commonly known as “Brittle Bones Disease,” it is a rare genetic disorder that causes one’s bones to break easily. It is the most severe form of the disease among children who survive the neonatal period.

But, the community can help Ellie and her family with the treatment. A benefit will be held on her behalf at the Austin Eagles Club on Saturday, June 24.

Ellie’s mother, Terrye Butts, found out about her daughter’s disease when she was 36 weeks pregnant.

“The measurements in my stomach weren’t right,” she said. “It was like I had gotten smaller.” 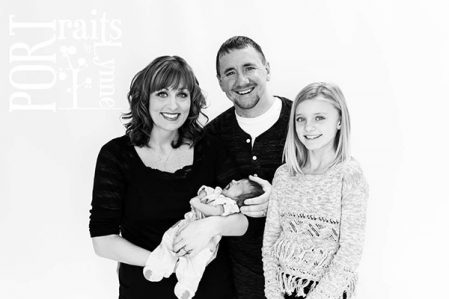 The Butts family. A benefit will be held for Ellie Butts who has been diagnosed with osteogenesis imperfecta type three. Photo provided

Butts said she had been having normal measurements up to that point.

Both Butts and the doctors thought it might mean that Ellie would be a little person, but an ultrasound revealed that Ellie had multiple broken bones.

“When I got the news, I couldn’t stop crying,” Butts said about the diagnosis. “Nobody in the entire family had this disorder. Ellie’s was a spontaneous mutation.”

Butts said the doctors were concerned Ellie would not survive the birth. She was referred to OI specialists at Mayo Clinic in Rochester, where she gave birth to Ellie four days after the diagnosis.

The Mayo Clinic described Ellie’s condition as the most sensitive they had ever seen.

According to Butts, Ellie’s condition has made caring for her a challenge.

“You can’t care for her like a regular baby,” she said. “You have to use slow, even movements. You can only use clothing that buttons around her limbs. It takes two people to change her diaper. If you try to change her like you would another baby, you could accidentally break her legs.”

Butts says that Ellie’s movements, such as stretching out her leg, could break her bones.

“One of the incidents that baffled me the most was when she broke five ribs from getting the hiccups,” she said.

When children with the disorder are old enough to bear weight in their legs, they can receive rodding surgery, in which rods are placed through the length of the bones as a means of both strengthening them, and correcting and preventing deformities. But since Ellie’s case is so sensitive, it is unknown if she will be able to receive the surgery.

“The doctor’s at the Mayo Clinic say she may never be able to walk,” Butts said. “There is a clinic in Omaha, Nebraska, that only treats patients with OI. We’re going there to get a second opinion about the rodding surgery.”

The Ellie Strong benefit at the Austin Eagles Club will begin at 1 p.m. on June 24. There will be a lunch served for a freewill donation and a silent auction that closes at 3 p.m.  A live auction will start at 4 p.m. and will include more valuable items. Roger Bentzin will perform at the benefit.

All proceeds will go toward Ellie’s treatment and specialized equipment. The Modern Woodmen of America will match the funds up to $2,500.

“We take it as best we can,” Butts said. “[Ellie is] a little fighter and we’re trying to get her stronger.”