Belle paddles into new season; Rides will be offered 1 to 5 p.m. on Saturdays and Sundays 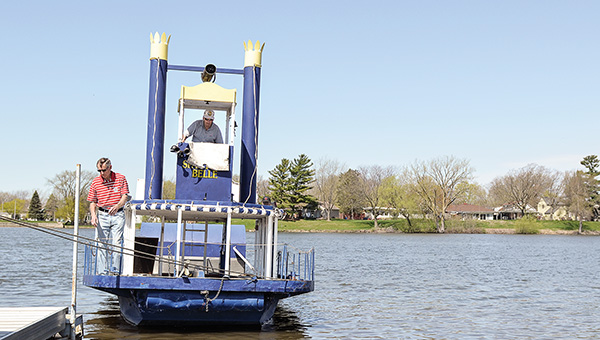 The Spamtown Belle at East Side Lake. Herald File Photo.

The Spamtown Belle paddleboat is returning to East Side Lake this weekend. Starting Saturday, the Spamtown Belle will be giving rides from 1 to 5 p.m. every Saturday and Sunday through July.

“Everybody has a good time,” said Dick Nordin, one of the pilots of the Spamtown Belle. “It’s kind of a different scene on the lake.”

With the exception of a hiatus of a few years, the Spamtown Belle has been running since 1999. It was built in 1956 and was found in Iowa in poor shape. It was restored and donated to Austin. 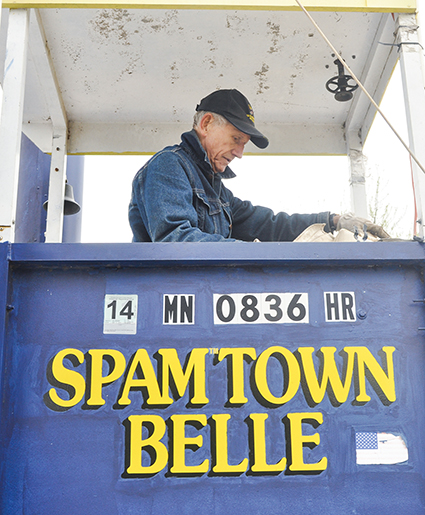 According to Nordin, the boat is partially funded through the Hormel Foundation. Passengers may make a freewill donation, with a suggested donation of $2 for adults and $1 for children. Rides last about 25 minutes.

The “Spamtown Belle” is also available for chartered events, such as weddings and parties, for a suggested donation of $40 per hour.

Nordin also said that boat pilots are needed, regardless of boating experience.

Nordin encourages people to take the opportunity for a ride.

“There are not many true paddleboats still around,” he said.