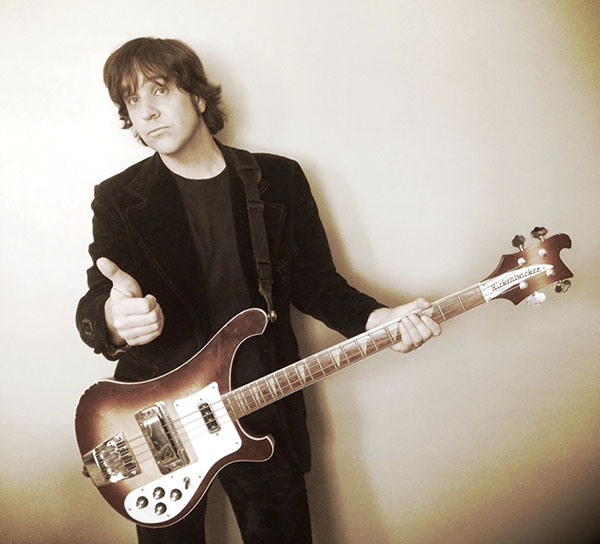 What in the world do Vince Gill, Emmylou Harris, the Byrds, Cheap Trick, the Ramones and the E Street Band have in common? Mike Vargo.

And who in the world is Mike Vargo? Mike is the front man for the Nashville-based Paul McCartney tribute act “Let Em In.” Mike has shared the stage with Gill, Harris, members of the Byrds, Cheap Trick, the Ramones and the E Street Band and he’s bringing Let  ‘Em In to the HIstoric Paramount Theatre at 7 p.m. on Thursday, June 22 with a set list that celebrates the Beatles, Wings and McCartney solo LPs.

According to the Let Em In web site, “After receiving a copy of The White Album for Christmas in the second grade, it was all over for Mike Vargo as to his vocation in life. From then on he not only became a huge Beatles fan, but he knew he would be a professional musician. By 13 he was singing and playing in bands and he never looked back.

He has toured or recorded with such acts as Foster & Lloyd, Bill Lloyd, Radney Foster, Phil Vassar, The Shazam, Cowboy Troy, Bobby Keys & the Suffering Bastards and Allison Moorer.”

The D.C. Drifters will open for “Let Em In.” The Austin Area Commission for the Arts was only able to book this show and keep ticket prices affordable because the act will be playing a Wisconsin festival the next day. Our thanks to D.C. Music for initiating the booking and sponsors Austin Daily Herald, Midway Car Sales, KNXR Minnesota 97.5, AmericInn, KOWZ radio and KRUE radio for financial support.