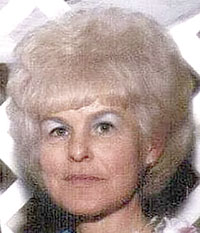 Barbara Ann was born Feb. 8, 1940, in Waltham Township, Mower County, Minnesota, to Melvin L. and Mildred E. (Jukes) Schmeling. Barb graduated from Blooming Prairie High School. She was united in marriage to Donald Lee Eddy on May 27, 1972, in Lakewood, Colorado. Barb and Don resided in Longmont, Colorado, from 1972 to 1978, then Tucson, Arizona, until moving to Georgetown in 1991. During her years in Texas, Barb wrote technical manuals for IBM. She enjoyed baking, gardening, and flowers.  Barb was a longtime member of St. Michael’s Lutheran Church in Waltham, Minnesota.

Barb is survived by her husband, Don of Georgetown; sons, Troy David of Honolulu, Hawaii, and Craig Donald (Nora) of Friendswood, Texas; brothers, Robert (Elaine) Schmeling of Blooming Prairie, Donald (Cheryl) Schmeling of Sumter, South Carolina; three grandchildren, Christopher, Elizabeth, and Patricia; nieces and nephews; and other relatives and friends. She was preceded in death by her parents; and brother, Roger Schmeling.

Funeral services will be held at 2 p.m. on Saturday, June 24, 2017, at St. Michael’s Lutheran Church in Waltham, Minnesota, with the Rev. Richard Hegal officiating. Visitation will be held from 4 to 7 p.m. on Friday, June 23, at Worlein Funeral Home in Austin, and will continue on Saturday afternoon for one hour prior to the service at church. Interment will be in St. Michael’s Church Cemetery. Memorials in Barb’s memory may be directed to The ALS Association. Condolences may be expressed to the family online at www.worlein.com.