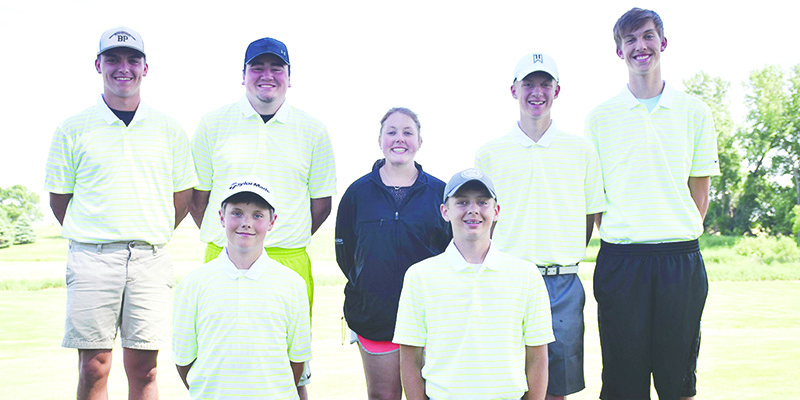 BLOOMING PRAIRIE — A couple of long time Blooming Prairie golfers have their eyes set on competing for a state title and the BP boys golf team is looking for improvements in its second straight year at the Minnesota Class A state meet, which begins next week in Becker.

Braaten is coming off his second straight Section 1A championship and he thinks he can play even better at the state meet.

“On the first day I hit the ball well and didn’t putt well and on the second day it kind of flipped and I putted well, but didn’t hit the ball well,” Braaten said. “If I can piece that together, I should be good.”

Braaten has enjoyed golfing with BP, but he’s not about to start counting his achievements yet. Braaten has one big achievement that he wants to lock up next week.

“It hasn’t really sunk in that I’m graduated yet. I don’t want to look back right now,” Braaten said. “The goals are still the same and that’s to win the state title as a team or an individual.”

Braaten’s big meet experience has calmed his nerves this season as he’s learning to relax on the golf course.

“I’ve felt nerves on a handful of shots this year, but compared to years prior it’s been very minimal,” he said. 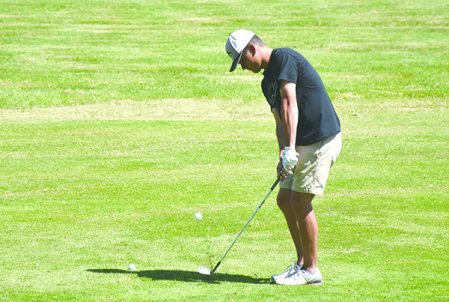 “I’ve made it a goal that I wanted to win state, so hopefully I can reach that goal and take it home,” Christianson said. “There is pressure there. There has always been pressure there. It’s just part of the game, but it’s a mental game so you’ve got to put it away and do as best as you can.”

Christianson said it started to sink into her how much she has accomplished on the greens the last few years when she everybody at her graduation party noticed all of her golf medals on display.

“It’s really fun to be able to say that I have something that I do really well,” said Christianson, who will golf at Grand View State University next season.

The BP boys took fifth out of eight teams at the state meet and they’re hoping for a stronger finish this season. BP didn’t have enough golfers to field a full boys team in 2015, but the Awesome Blossoms have dominated Section 1A for the last two years.

Lucas Noble, a junior, has golfed for BP in each of the past two seasons and he’s enjoyed his time playing with the Awesome Blossoms.

“It’s been a lot of fun. I hear Tommy talk about how much more fun it is to go to state as a team, as opposed to going as an individual,” Noble said. “Tommy, Jake [Ressler] and I always challenge each other and we play better when we’re playing against each other. Tommy’s tough to beat though.”

BP will compete at the state meet Tuesday and Wednesday in Becker.