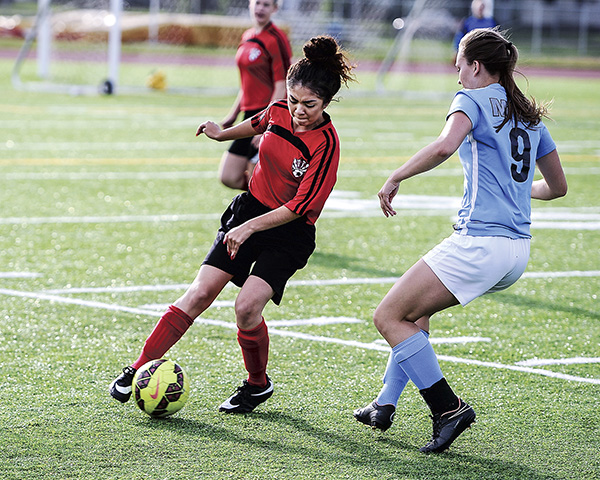 The Austin U18 girls soccer team couldn’t find much of an offensive attack as it suffered its first loss of the season when it fell 2-0 to Minnesota Thunder Academy at Wescott Athletic Complex Tuesday.

MTA took a 1-0 lead into halftime and it boosted the lead to 2-0 when it scored early in the second half. Austin (5-1-1 overall) had just one good look at the net in the second half as it struggled to get in an offensive rhythm.

“We have to start working together more,” Austin midfielder Erin Bickler said. “We kind of started playing our own game and we have to start passing as a team.”

Austin has made strides throughout this season and Bickler said the squad should be poised to be a threat when the high school season rolls around in the fall.

“Our summer is going pretty good, which will be good for our high school season,” Bickler said. “We just need to work on chemistry and talking. Our passing is there, we just have to start moving together better.” 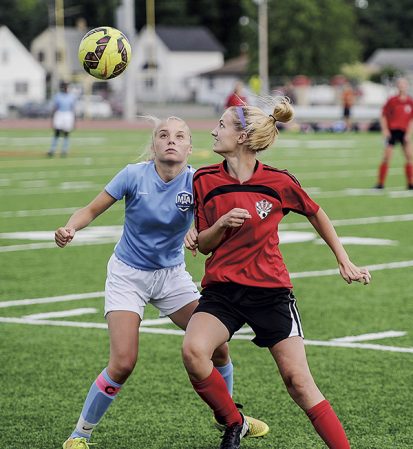 Austin U18’s Nikki Summerfield looks back for the ball during the first half against Minnesota Thunder Academy Tuesday night at Wescott Athletic Complex. Eric Johnson/photodesk@austindaily