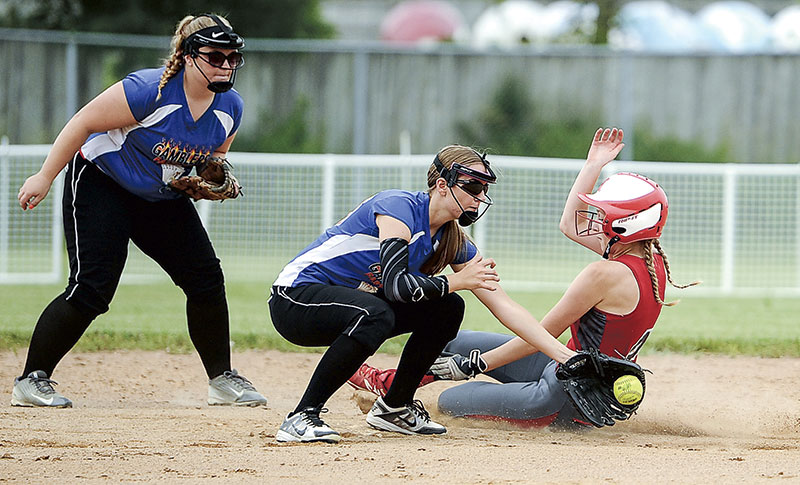 Austin’s Halie Retterath slides into second against the St. Charles Gamblers in the Twister Tournament Saturday at Todd Park. Photos by Eric Johnson/photodesk@austindailyherald.com

The Austin U16 softball team split a pair of games Saturday during the Twister Tournament at Todd Park.

Austin recorded just three hits with Halie Retterath notching a single and a double while Hannah McMasters a single. 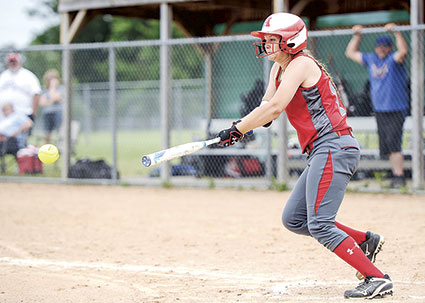 Hannah Rasmussen slaps for a hit.

Austin stormed back in the second game, however, defeating the St. Charles Gamblers 6-0.  They tallied three runs in the first with another run in the second and two more in the third.

Retterath added two more hits and McMasters and Jordyn McCormack each had a hit as well, McMasters being a triple.

Hannah Rasmussen got the win in the circle. 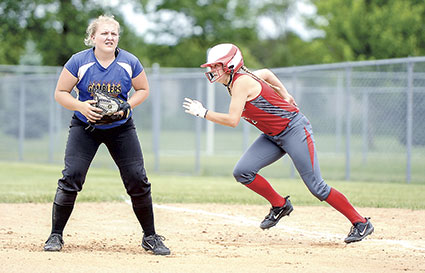 Jenna Braaten breaks for second on a stolen base attempt.