Ask a Trooper; Be safe, cautious driving in work zones 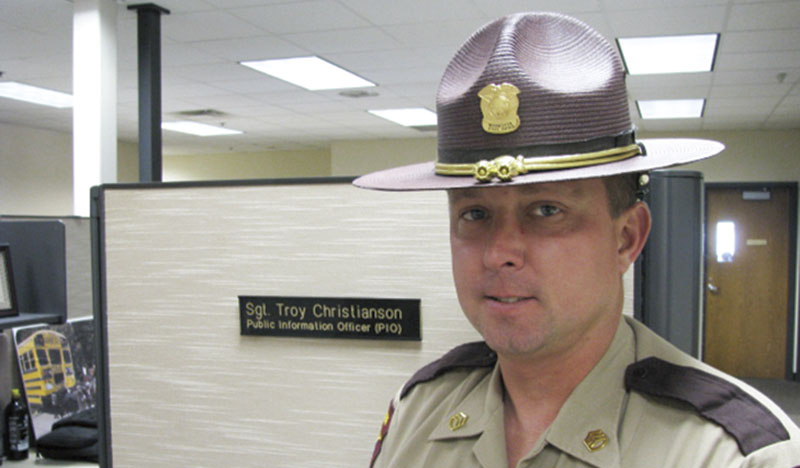 Answer: A recent work zone crash left two people injured, so this is a great time to remind drivers about the importance of maneuvering through a work zone safely.

During the spring and summer months, construction season is in full swing in Minnesota. Many motorists continue to risk their lives and the lives of others by not slowing down and not paying attention.

•When driving through a work zone you must slow down. Fines for speeding in a work zone are more than $300.

•Put the distractions away. Distracted driving is a leading factor in crashes in Minnesota. A motorist must focus 100 percent of their attention on the road.

•Move over for construction workers and their vehicles. This will provide safety for not only the workers, but the motorists as well.

•Wear your seatbelt as it can save your life.

•Check out 511mn.org for road closures, detours and traffic incidents.

The Minnesota Department of Transportation urges motorists to use both lanes of traffic in a construction zone. Traffic should not merge together until reaching the designated merge area. At that time, vehicles should alternate in a “zipper” fashion into the open lane.

Some drivers slow down and merge too quickly. This can lead to unexpected and dangerous lane changes, serious crashes and road rage.

Some motorists will intentionally drive slow or block the lane that is closing because they believe drivers trying to “beat” the traffic are rude. This is not only dangerous and can lead to a crash or road rage, but it’s also illegal. Remember, the driver using the open lane is following the proper way to merge.

Reducing fluctuations in speeds between the lanes.

Reducing the overall length of traffic backup by as much as 40 percent.

Creating a sense of fairness and equity that all lanes are moving at the same rate.

You can avoid a ticket — and a crash — if you simply buckle up, drive at safe speeds, pay attention and always drive sober. Help us drive Minnesota Toward Zero Deaths.

If you have questions concerning traffic-related laws or issues in Minnesota send your questions to Sgt. Troy Christianson, Minnesota State Patrol at 2900 48th St. NW, Rochester MN 55901-5848.  (Or reach him at,Troy.Christianson@state.mn.us)