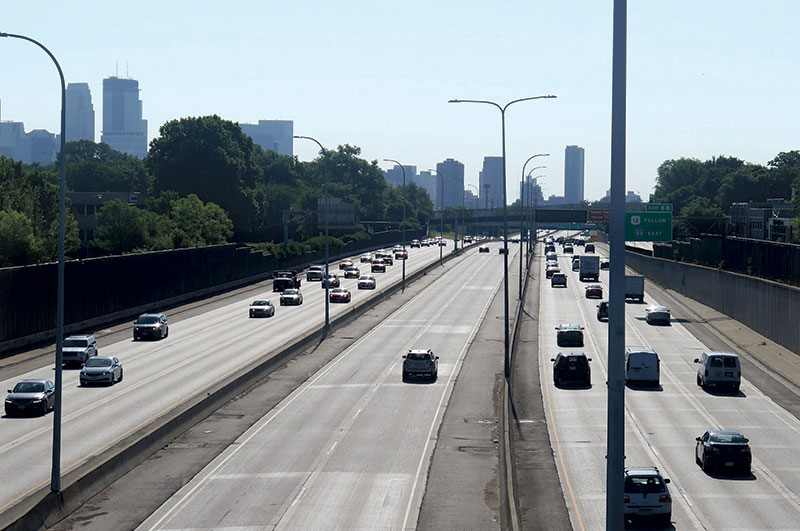 State lawmakers have given Minnesota transportation officials an assignment: Study the feasibility of toll roads here and report back by January.

That doesn’t mean general toll roads will arrive in Minnesota any time soon. But, the study dovetails with President Donald Trump’s push to tie federal transportation money to private investment.

Pay-to-use lanes do exist in Minnesota on a limited basis. Since 2005, the state has gradually been expanding its MnPASS program, which carves out lanes in high-traffic corridors for carpoolers and solo drivers willing to pay to get around quicker — from a quarter or two up to $8 a trip depending on traffic volume and time of day.

“It differs from a conventional tolling approach, which is everybody who wants to use a particular segment of the toll road has to pay a set price and it doesn’t necessarily differ by time of day,” said Scott Peterson, director of government affairs at the Minnesota Department of Transportation.

The Legislature required his agency to do the study.

It must touch on MnPASS, both the costs of the express lanes and the revenue they produce.

According to MnDOT, the MnPASS lanes on interstates 394, 35W and 35E generated about $3.5 million in the fiscal year that ended June 30, 2016. More lane miles were added late last year.

The study also seeks information on federal laws that hinder broader tolling, experiences in other states and analysis of toll road feasibility for various Minnesota corridors.

“As far as the department is concerned, it’s a reasonable request and something that might better inform policymakers about what the options are relative to tolling since there appears to be widespread reluctance to raise money through more conventional approaches like taxes,” Peterson said. “So we’ll go ahead and do the study and see what it has to say.”

MnDOT last examined tolling in 2011 as part of planning for the new St. Croix River bridge, which will open this summer without any tolling arrangement.

The latest directive was part of a transportation finance plan approved in May.

“I’ve paid for my share of use of toll roads in other states, and I see nothing wrong with taking a look at whether or not we will have people from out of the state of Minnesota that will help contribute to the maintenance and creation of new roads and new infrastructure in Minnesota,” he said in an interview this month.

Newman said there’s a big difference between looking at the issue and giving the go-ahead for toll roads.

“It simply isn’t going to hurt to have the conversation,” he said. “Is it going to be a can of worms for me? I don’t know why it should be.”

The conversation is happening elsewhere, too. That’s because President Trump has indicated he’d like to ease restrictions on new toll lanes. It’s an element of an infrastructure plan that would more closely link federal spending with private sources of money.

There are about 47,000 miles of interstate highways in the United States and only about 5,000 miles of tolled roads, said Northwestern University economics professor David Besanko.

Besanko, who keeps close tabs on the federal infrastructure debate, predicts a toll expansion will be a tough sell due to resistance from motorists and concerns over the effect on traffic. Drivers sometimes clog secondary roads to avoid having to pay.

“There is an interesting question of whether tolling as a device to manage traffic congestion will work as seamlessly as policymakers might sometimes hope,” he said.

“I am not personally interested in adopting what would be looked at as a standard toll road approach in Minnesota,” Torkelson said. “I don’t think that’s in our near future.”