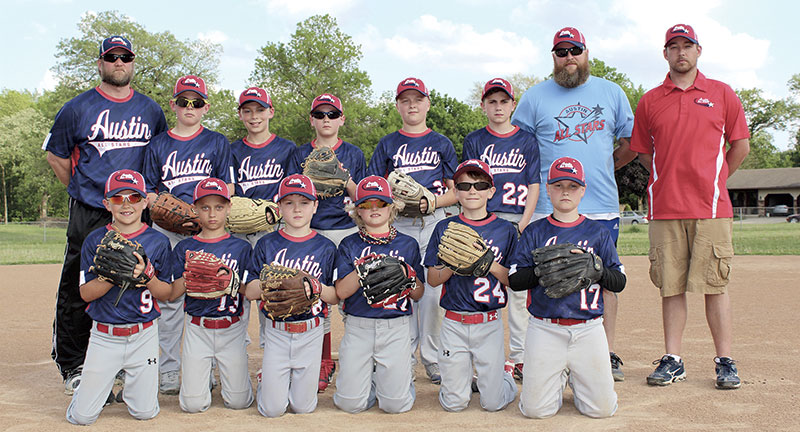 “Every player was a contributing factor in the Tourney win” said coach Troy Schafer. “We had to come from behind in all games, but the players answered and found a way to win.”

The title gave the Jays a trip to the state tourney.

In game three, Logan Brooks doubled to tie the game in bottom of the sixth and Meyer’s hit scored Brooks for the game-winning run.

The Local 9 Austin All Stars recently took second in the Northrup Tourney, giving the team a trip to state.

“I was really happy with the way we hit for our first tourney of the season and we were aggressive on the bases” said coach Brock Meyer.

The CMG 12-year-old All Stars finished 3-1 in the Rochester Tournament, beating Shakopee, Rosemount and White Bear Lake to win their pool, but they lost in first round of bracket play.

“I was happy with how we played” said coach Dan Ransom. “But we lost a close one in bracket play. When you can win three of four games, you had a good weekend”

Mac Nelson, Nick Robertson, Jared Lillemon and Peyton Ransom all pitched and some nice defensive plays were made by Camden Gilles, Ransom and Lillemon.

The Eagles 14 Year Old All Stars split a twin bill with Albert Lea, taking a 7-6 win after losing the opener 6-4.

This weekend the All Stars will host a 14-year-old tourney on the Riverland Complex with play starting Saturday morning. Admission is free.