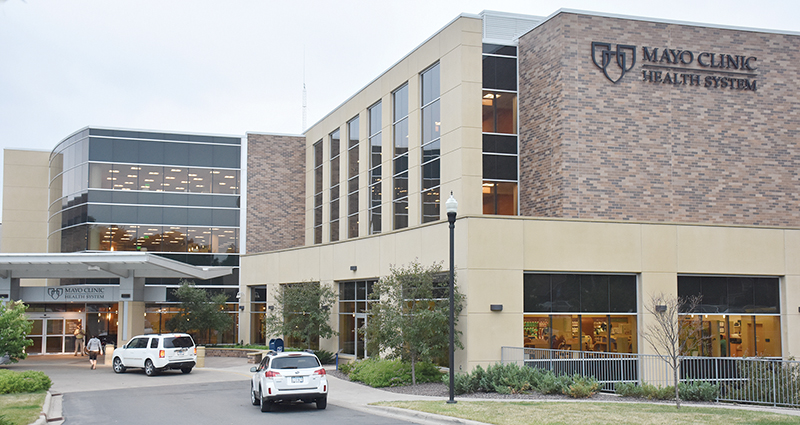 As Albert Lea community leaders grapple with Mayo Clinic Health System’s controversial announcement to move most inpatient services from Albert Lea to Austin, their counterparts in Austin are facing a different situation.

“It is difficult anytime there is a reconfiguration such as this, done for greater efficiency,” Chamber of Commerce Executive Director Sandy Forstner said. “I think they looked at the two locations and figured what would fit best where. In this case, it will definitely have a positive impact on Austin.”

The move could impact the city’s population when staff relocates — no firm numbers are known yet — bringing with it good wages that officials say help fuel the local economy. A $25 million capital investment in expansion and new building also enriches the community.

Mayo announced last week the move of inpatient surgeries, intensive care unit and childbirth areas to Austin from its Albert Lea hospital. The childbirth services would be located in a new building, to be built adjacent to the Austin hospital in a yet-undisclosed location.

Both the Austin and Albert Lea facilities will continue to provide emergency room, primary and specialty care, pregnancy care, and lab and pharmacy services. Mayo officials earlier this month said the move would be as if faces challenges with staffing shortages, rising costs and declining reimbursements for services.

City officials also know that the change brings controversy and outcry from many in the Albert Lea community.

Austin City Administrator Craig Clark understands there is pain of losing jobs to another community, but felt the move was understandable, taken during difficult times amid rising costs in healthcare delivery.

Working in city government, he understands the need to continually reassess costs and consider how to increase efficiencies.

“Those are real concerns,” he said. “In the end, you have to appreciate what they are trying to do.”

The Austin location will not be without some outgoing changes: The Austin Psychiatric Services Inpatient Unit will move to the Albert Lea hospital.

According to Tami R. Yokiel of the Mayo Clinic Health Service Public Affairs, the unit averages 11-12 patients per day and there are 24 nurses who are employed there.

The unit serves mental and behavioral disorders outside of those suffering substance abuse addiction. Substance abuse cases are treated at Fountain Centers in Albert Lea.

All clinic outpatient services will continue in both locations, including behavioral health and mental health clinic visits.

How the move might impact welfare holds that Mower County Sheriff Department handles has yet to be seen. Sheriff Teresa Amazi said the holds — those who threaten suicide or have other mental issues — are usually taken to the Austin site for 72 hours; she said she has no information that that will change. Any need for detoxification is done in Rochester.

Albert Lea officials have not dropped the conversation for greater understanding of the Mayo move.

Freeborn County Commissioners said they want to meet with Mayo officials to discuss its decision. Freeborn Commissioner Mike Lee said he did not think Mayo was following its mission statement by enacting the transition and said Mayo needs to re-evaluate its decision.

The ICU is scheduled to be the first to move to Austin, in October, followed by inpatient surgeries, which will be completed by January 2018. The last item to be completed will be the childbirth services, to be located in a new building, sometime in 2020.
—Albert Lea reporter Sam Wilmes contributed to this article.