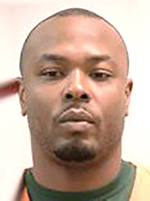 Charles Marshall Smith was arrested Tuesday for two counts of felony second-degree drug sale for selling heroin in a school, park or public housing zone on March 30 and 31, 2016.

According to court records, a confidential informant working with the Austin police department agreed to buy a gram of heroin from a suspected drug dealer. Instead, Smith served as a go-between, selling about a gram of heroin to the informant first on March 30, 2016, near Cullen Park on the 1000 block of 11th Avenue Southwest. They then met the next day at the Dairy Queen, 1200 W. Oakland Ave., near Wescott Athletic Complex before making another deal for a gram while driving.

Smith’s whereabouts were not immediately known when the case was filed last year, but he was arrested June 27, 2017.