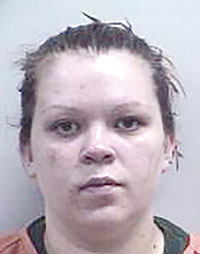 Another woman involved in a 2016 drug bust has reached a plea agreement.

Amy Beth Wagner, 26, of Austin pleaded guilty as part of the deal to felony third-degree sale of a narcotic, while a second-degree drug sale in a park zone felony charge was dismissed.

Stephanie Behrends, 31, and Brianna Constance Kay Ober, 21, were in the home and are known associates of a drug dealer.

Behrends was sentenced to a stayed 27-month prison term for third-degree possession as part of a plea agreement, meaning she’ll serve 20 years of probation and must follow 19 conditions.

—Carolyn Michelle Molhusen, 26, of Austin was previously sentenced to 20 years of supervised probation and six days in jail with credit for six days served. She agreed to a plea agreement for third-degree sale of a narcotic.