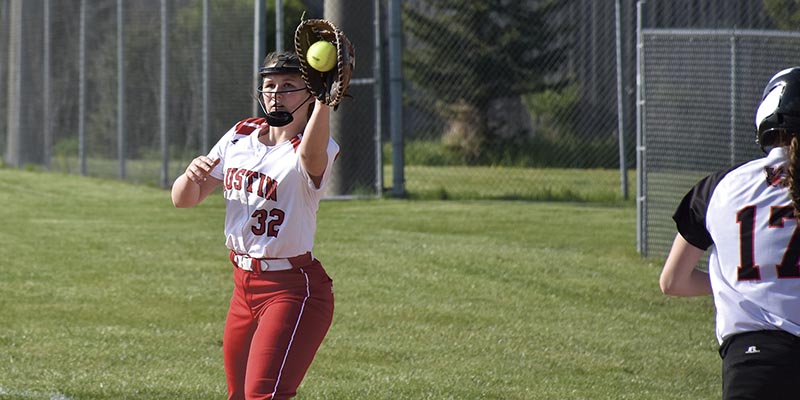 Austin’s Kyra Walters hauls in a throw at first base as Winona’s Lauryn Hamernik runs down the line in Todd Park Tuesday. Rocky Hulne/sports@austindailyherald.com

The Austin softball team showed some big improvements from its first meeting with Winona, but the Packers weren’t able to pull out a win as they lost 6-2 to the Winhawks in Todd Park Thursday.

Winona (11-3, 7-3) jumped out to a 4-0 lead when it scored three unearned runs after Austin committed its lone error of the game in the third inning. The Packers (6-12 overall, 3-11 Big Nine) pulled to within 5-2 in the fifth when Hannah McMasters, who went two-for-three, knocked in two runs with a two-out single. 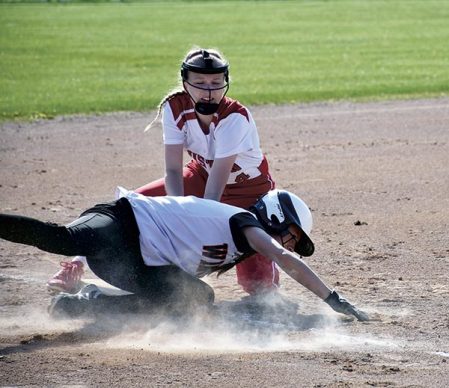 Austin finished with four hits in the loss after having zero hits in a 10-0 loss to Winona in five innings April 13.

“We hit a lot better than the last time we played them and we were more confident,” said Austin junior Halie Retterath, who was one-for-three with a run. “We’ve just got to keep working on our hitting and staying consistent.”

Tori Gardner allowed just two earned runs in four and two-thirds of an inning of work in the circle for Austin.

Austin head coach Al Eckmann was glad his team was able to play Winona, which finished second in the Class AAA tournament last year, to a closer finish this time around. 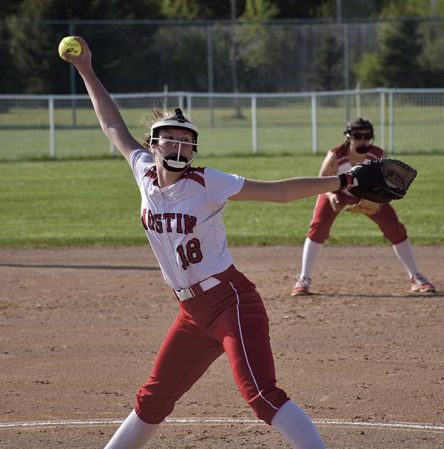 “We hit pretty well, but we’ve got to learn some discipline,” Eckmann said. “You can’t swing at the high pitches, because that’s why she pitches it up there for you to swing at it and it’s not a strike. We’re young and we’re working on swinging inside the zone.” 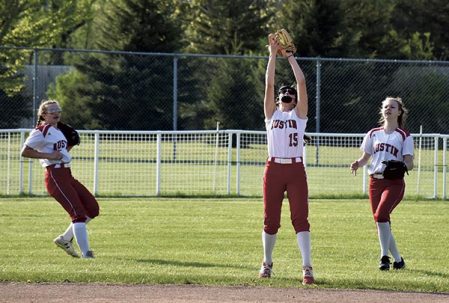 Jordyn McCormack hauls in a pop fly for the Packers against Winona in Todd Park Tuesday. Rocky Hulne/sports@austindailyherald.com