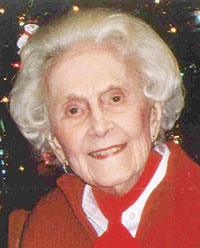 Vivian was preceded in death by her husband, Herbert, “Bert”;  and son, Joel Jenkins.

Bert and Vivian were longtime members of First Baptist Church in Austin. A private graveside memorial service will be held in St. Petersburg, Florida, where Bert and Vivian lived for 30 years after retirement.