The Wide Angle: It’s okay, go out and read a book

I am constantly questioning things in life.

For instance: What’s the answer to world peace, who really did write the book of love, why — if we’re in zone four, do stores sell zone five plants.

Serious questions for a serious time what with — you know Washington and a circus that’s only waiting for Ringling Bros. to put its official stamp on it.

But the biggest question I have lately is this: How, in this day and age, are there people who still believe the Earth is flat?

For years, I’ve always been interested in the para-science: ghosts, UFOs, Loch Ness Monster, Sen. Mitch McConnell. But my beliefs have since evolved. I once believed blindly in these things, but as I grew up and began questioning more things, I realized you can’t just believe in something without evidence.

Random sounds, late in the night, does not mean Sasquatch and “There’s squatch in them hills,” doesn’t count as scientific research. More so it counts as a failing of the English language.

Sure, there are things out there that defy explanation — right now — like Sen. McConnell, but that doesn’t mean it’s otherworldly or aliens. Well, maybe he is. Hard to tell. More facts are required.

So with this continuing need for more information, I find it baffling that something that should have been figured out long ago, is still hanging around today. And sadly, it’s not just conspiracy-wielding podcasters who are screaming the “truths” of a flat earth.

Some people you may have heard of who support the idea of a flat Earth: NBA star Kyrie Irving, Tila Tequila, B.o.B. who is — okay, I don’t really know who B.o.B. is so maybe that doesn’t count. Still, these are fully-grown adults with the capability to actually — you know — read books.

And now some common reasons why people believe the Earth is flat taken from the site called https://theflatearthsociety.org: 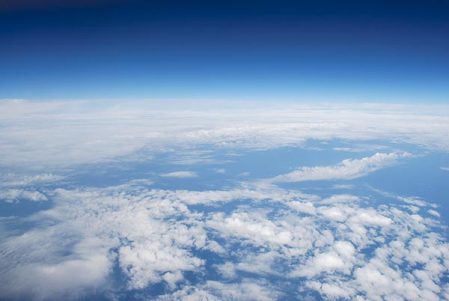 Stupid Earth and its roundness

•There is no visible curvature.

•There is no visible curvature to the horizon even from airplanes.

Yes, that is indeed some of their arguments. Don’t believe me? Head over to https://theflatearthsociety.org/home/index.php/faq. It’s right there under the heading, “What is some of the evidence you have?”

Don’t expect to find anything like, oh you know, why are there phases to the moon, why do we have nights and days and oh, anybody who uses their brains even a little.

Often times flat-earthers only see those arguments as a giant conspiracy by our government to hide the truth.

Again, from their FAQs page under the heading, “Why would people lie about the shape of the earth?”:

“To Maintain Legitimacy: During the Cold War we faked the moon landing. Shortly after they realized the reason they could not reach the moon was due to the flatness of the Earth. They were stuck in a lie, and had to continue it or lose legitimacy of our governments. Even today we would still hold onto this lie due to role Science plays in our ruling government.”

Honestly, I don’t feel I have to present the reasons for a global Earth, but in the interest of fair and balanced reporting:

•The earth is not flat.

•The eclipse created during a lunar eclipse is oval.

•As you move further from the equator, the constellations change in perspective.

•Look at Jupiter, Saturn, Mars … any of the planets. THEY ARE ROUND.

Okay the very idea that I have to go through this much effort to simply point out the absurdity of this is baffling and yet, here we are. Go on YouTube and look up flat earth. You could literally spend hours listening and watch as people go through a large amount of effort just to prove something that is fundamentally wrong.

And how do I know this? Because I’m one of those people who have spent literally hours watching this stuff — mostly laughing, but if they can call random, useless facts researching than I can too.

You can’t turn away. It’s like a train wreck. You see the trains approaching each other and you think, “at some point, they are going to stop right?” And yet they pick up speed as they find some extra piece of “evidence” to back up their “theories.”

I’m not sure I’ve used so many “quotes” in my life.

So, if you are struggling to believe in yourself, just remember. A healthy population believes in a flat Earth.

So yeah, you got this.