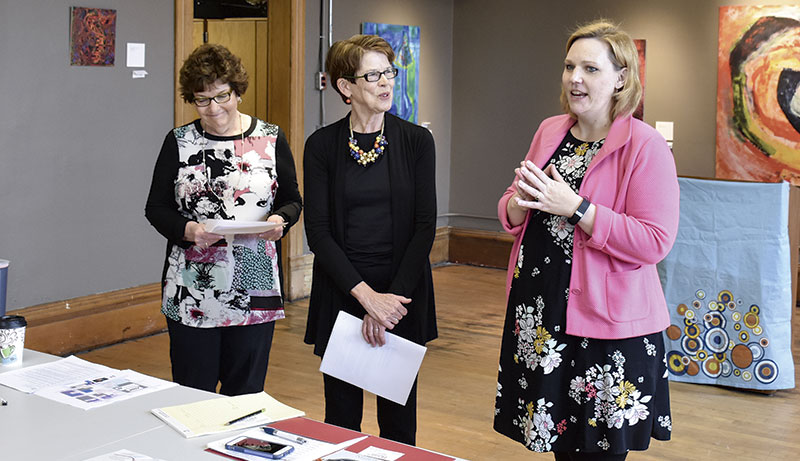 The Austin ArtWorks Festival is sticking to downtown for its sixth year.

The ArtWorks Festival Planning Committee on Wednesday announced plans for the Aug. 26 and 27 festival, which will take place at a new downtown location: the downtown green space between the Paramount Theatre and the Mower County Jail and Justice Center. 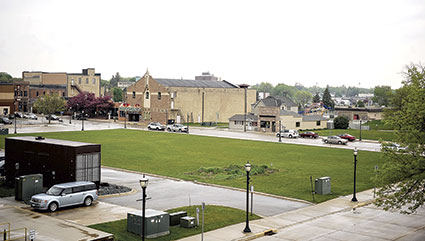 After the last few years at the downtown Austin Municipal Power Plant, the Austin ArtWorks Festival will now move to the grassy area lying north of the Mower County Jail and Justice Center. Eric Johnson/photodesk@austindailyherald.com

In previous years, the festival was held at the downtown Austin Municipal Plant, but that space is being turned into the Austin Community Recreation Center by the Austin YMCA and Vision 2020.

Organizers are excited for a new location.

“As I talk to people about it, I find they are really excited about the change and wondering where the events are going to be,” said Austin ArtWorks Festival Co-Chair Bonnie Rietz. “It’s amazing to go from the utility building, where a lot of it was inside and all in one space, and now here we are heading downtown.”

The committee views the change not only as an opportunity to have more space, but to help promote downtown Austin.

“I like the proximity to the Paramount Theatre, to the ArtWorks Center, and the Spam Museum,” Austin Area Commission for the Arts Executive Director Laura Helle said. “Those are jewels in Austin’s crown and to have them all together at a festival is appropriate.”

“It’s Minnesota, and if the weather is nice, we want to be outside,” she added

Like past years, the festival promises to bring many artistic options to Austin.

Visitors can expect plenty to do, as well as a few changes this year.

“We have 57 artists participating this year,” Helle said. “Fifty-five percent of them are new.”

According to the committee, many of the artists are from the Midwest with the farthest coming from Kansas City. 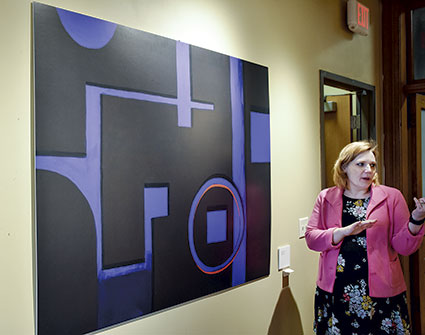 This year’s featured artist will be Tom Hormel. The son of Jay C. and Germaine Hormel, Tom Hormel is an artist, musician and conservationist. He currently resides in Florida.

On Saturday night, visitors can see a performance by Artrageous, a nationally renowned speed art performance group, at the Historic Paramount Theatre.

“[Artrageous is] a troupe of artists, made up of visual artists, singers and dancers,” said Helle. “Their show features large scale painting while you watch and it’s incorporated with music and dancing from the show. “

Visitors will also be able to see Saturday and Sunday performances of “No One Will Marry a Princess With a Tree Growing Out of Her Head,” presented by the Matchbox Children’s Theatre. Both performances will be held at the Historic Paramount Theatre.

Though the ArtWorks Festival is scheduled for the weekend of Aug. 26 and 27, some festivities will take place during the week.

“It’s an opportunity to celebrate our wonderful downtown, artists, authors, and musicians,” Rietz said. “It’s just a time when as our community can celebrate our arts and be proud of them.”

For more information about the 2017 Austin ArtWorks Festival, call 507-434-0934 or visit www.austinareaarts.org/festival-about/.

Cabeen named top principal; Woodson head was one of…