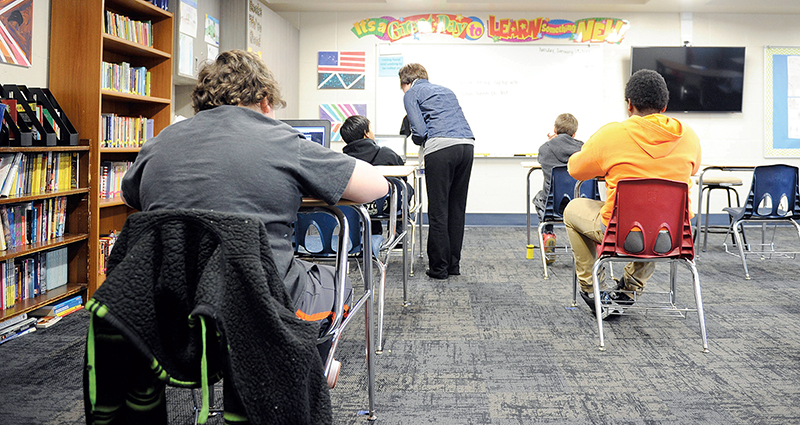 Both students from Austin and Albert Lea have been happy to take up classes in the new Austin-Albert Lea Special Education Cooperative. Herald file photo

Although the first year of the operation was new, the 2016-17 budget for the Austin-Albert Lea Area Special Education Cooperative compared favorably with projections for the budget year that ends in June.

The largest amount of revenue comes through state aid, amounting to $1.7 million, or almost 90 percent of the budget. The two districts provided $191,299 for operations.

The vast majority of the budget, some 83 percent — about $1.5 million — is dedicated to providing the services to 46 students. Austin students number 32; Albert Lea has 10 students in the system. Cost per student runs about $19,000-$22,000 per student — a good cost, officials agreed, given that some cooperatives or programs, especially in the Twin Cities, charge as much as $100,000 per student.

Sheri Willrodt, Director of Special Services, said there will be a need in the new school year, for the first time, for an elementary age-level room at the site.

The question about taking on more students from outside the two districts was again asked, but no firm response was made.

Officials said there would be a need to reorganize the classroom structure with more students, and more staff would have to be hired. The current staff cannot handle more students without hiring additional people, said Willrodt.

The cooperative opened in December, formerly housed a Catholic school and then a daycare center. A $3.8 million renovation created a special needs service facility divided into two wings: one for EBD (Emotional Behavioral Disorder) students. The other hosts SUN (Students with Unique Needs) classrooms. Heidi Venem is the executive director of the cooperation. All employed at the cooperative are on staff at the Austin Public Schools.