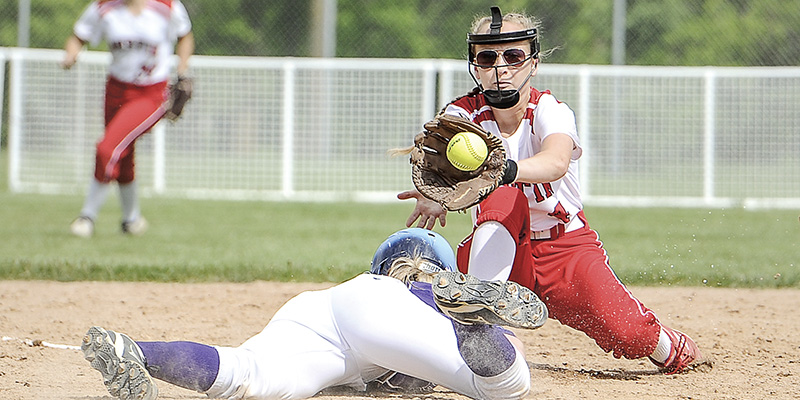 Just when it looked like the Austin softball team had found its rhythm, everything came crashing down as the Packers saw their season come to an end. No. 8 Red Wing scored three unearned runs in the top of the seventh inning and it knocked off No. 5 Austin 5-4 in a Section 1AAA elimination game in Todd Park Thursday.

Austin, which had beaten the Wingers twice in the regular season, led 4-2 in the bottom of the seventh with two outs when the Packers botched a ground ball and allowed two runs to score to tie the game. Red Wing (3-19 overall) took the lead for good when Justine Swenning singled in a run. 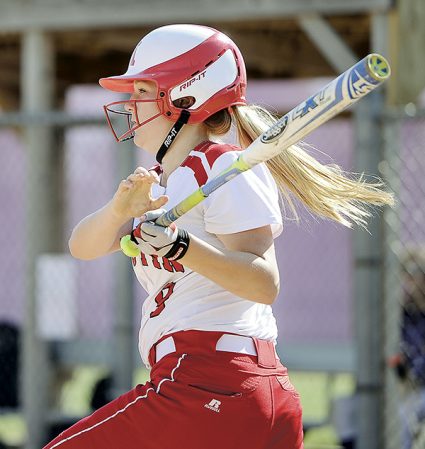 Austin’s Jenna Braaten watches the ball off contact during an at-bat against Red Wing Thursday afternoon in the Section 1AAA Tournament at Todd Park. Eric Johnson/photodesk@austindailyherald.com

Austin sophomore Jenna Braaten said the heartbreaking loss was a tough one for the Packers to have their season to end on.

“The other times we played Red Wing we were ready to win and today they came ready to play,” Braaten said. “Once we came back we started rallying and we got up, but in that last inning I think we got down on ourselves and that’s something that we can’t do. We need to know coming into the next inning that we can still score and we have the last chance.”

Austin (7-15 overall) trailed 2-0 to start the game, but it was able to slowly chip away at Red Wing’s lead. The Packers tied the game at 2-2 when Kyra Walters knocked in her second run of the game in the third and Austin took a 3-2 lead in the fourth when Jordyn McCormack singled in a run with two outs. 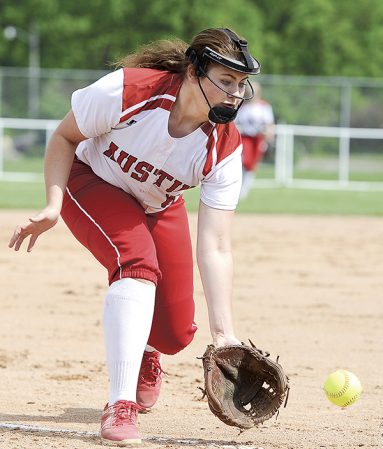 After allowing five hits in the first two innings, Austin junior pitcher Tori Gardner calmed down and she held the Wingers to just one hit over the next four frames.

“Tori’s been pitching pretty well for us and she beat Red Wing before, so that’s why we went for her. But then a few runs fell in and that’s the way it goes,” Austin head coach Al Eckmann said. “We had some chances. We didn’t play very well at the start of the game, but you can’t just go in the tank right away, you’ve got to battle back. We kind of did it to ourselves.”

Austin will bring back the bulk of its roster next year and the squad is hoping it take the next step as a program.

“It sucks that we lost, but these are the same girls we’re going to play with all summer and I think we’re going to come back even better,” Braaten said. “We’re still really young and that’s to our advantage.” 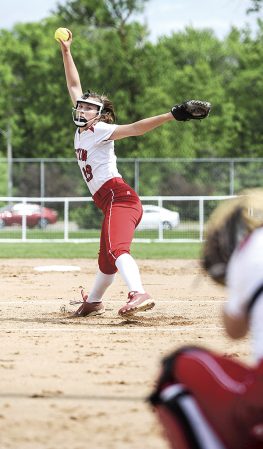 Austin junior shortstop Halie Retterath had a strong two-game output in the Section 1AAA tournament as she went six-for-six with a pair of walks from the leadoff spot.