Session wrap-up: CRWD gets $1.7M, but Austin likely on the hook for $214K after firefighter pension change 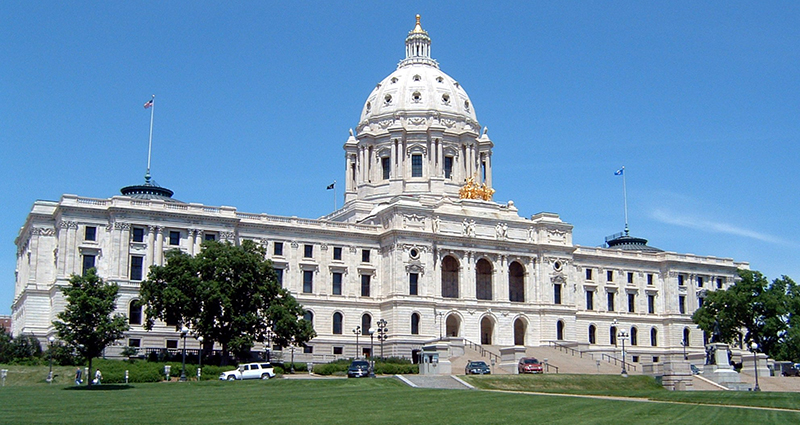 By Sam Wilmes and Jason Schoonover

The Legislature wrapped up its work on the fourth day of a special session, following House and Senate votes to pass a nearly $1 billion public works borrowing package just before 3 a.m. Earlier in the evening, lawmakers approved other final pieces of the budget, including a $650 million tax-cut package, new spending for schools and a transportation bill.

District 27B Rep. Jeanne Poppe said Austin is facing a key disappointment at the end of session. Poppe and District 27 Sen. Dan Sparks, DFL-Austin, worked through the session to correct an error in the volunteer firefighter pension fund, which will cost the city of Austin $214,650, with payments starting in June. While the effort passed the Senate, Poppe said it was tacked onto House legislation that Gov. Mark Dayton previously vowed to veto.

“It’s very frustrating because we have worked all session,” she said. “We’ve done everything right.”

But a critical piece of that bill was more than $250 million for transportation infrastructure, part of a bargain struck between Dayton and Republicans that also puts $300 million of the state’s $1.65 billion budget surplus toward road and bridge repairs. It comes after more than two years of struggling to find an agreement to fund a backlog of infrastructure projects.

Poppe said she was pleased with the passing of the $1 billion bonding bill, which she supported, arguing it should clear the way for more projects next year, which is a traditional bonding year. She argued this year’s capital spending bill, which comes after one never passed last year, should not preclude a bonding bill in 2018.

Locally, the Cedar River Watershed District will receive $1.7 million in funding for projects.

However, the bill did not include $7.4 million Riverland Community College request to relocate truck driving and collision programs from Austin to Albert Lea and to integrate the programs into shared spaces with auto service programs.

Sparks said he was disappointed Riverland Community College work was not included in the bonding bill, but noted the transportation bill that passed includes millions of dollars for cities with under 5,000 people.

District 27A Rep. Peggy Bennett, R-Albert Lea, said she was disappointed Riverland work was not included in the bonding bill, noting she advocated for that project and for a bonding project that would connect Blazing Star Trail from Albert Lea to Hayward, which was also not included in this year’s bill.

She was pleased transportation work was completed without having to raise the gas tax — a point of contention between the House, Senate and Dayton. She said shovel-ready local bridge projects will be helped by the bill.

“That’s good, and we were able to do this increase without raising taxes on people,” Bennett said.

The prospect of finishing the budget bills before Memorial Day weekend wasn’t always clear — as late as Thursday afternoon, the path to a resolution looked tougher. Two Republican senators were gone, leaving the GOP short the votes it needed to pass the remaining budget bills, requiring some trade-offs to win critical Democratic votes.

Within minutes of passing the state government budget, the Senate quickly approved a budget for public schools with money to increase the per-pupil funding formula for preschool by 2 percent — one of Dayton’s priorities.

“There was relief for just about all Minnesotans in that bill,” he said.

The bill included a $15 million increase per year in local government aid and $25 million increase in county program aid. Poppe praised a portion of the tax bill that will give tax credits to farmers to offset the costs of referendums for school building projects. That will help farmers, who traditionally foot much of the bill on such projects.

That comes as Southland Public Schools is planning to ask voters on June 6 to fund a $24.5 million remodeling project.

The tax bill includes the Shell Rock River Watershed District’s request to extend its half-percent sales tax for either 15 years or until $15 million has been collected.

The tax cut is the largest in two decades, Bennett said.

However, Poppe speculated that bill could affect future budgets.

Sparks said the education bill was good for Albert Lea and surrounding cities.

“I’m proud to increase funding for Minnesota schools, and help our learners by putting and keeping the best teachers in our classrooms,” she said. “This is so vitally important for our future, and I’m glad we made it a priority this session.”

A new health care budget was among the trickiest bills to pass, requiring some last-minute tweaks in the middle of the night to get Dayton’s sign-off. It would make more than $450 million in cuts to the state’s spending on health care services, but angered conservatives and Democrats alike because it tries to limit the pain of those cuts by emptying a dedicated health care account to cover some of those costs.

Poppe expects a shorter session in 2018, a bonding year. But it won’t be without its challenges.

The state will begin looking ahead to the 2020 census and eventual redistricting, and 2018 will feature a gubernatorial election and other races, which Poppe said will add “flavor and spice to the legislative session.”

— The Associated Press contributed to this report