Second to none; 2nd semester art show among the best 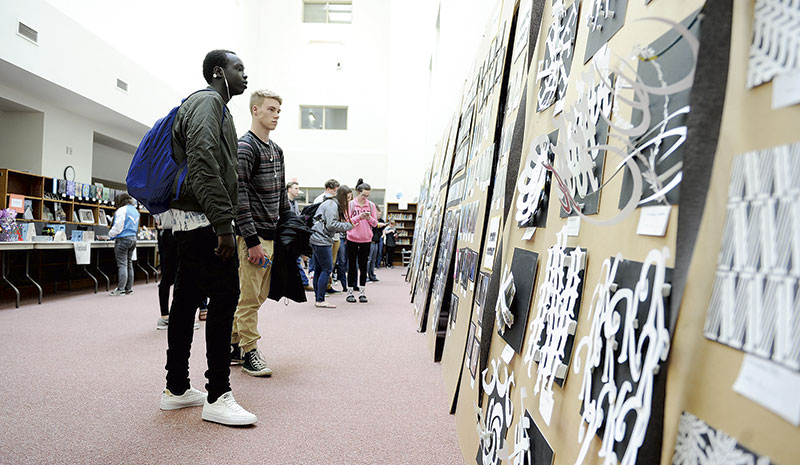 “We never think they can get better — every year, we think, ‘How can they top this?’” said Levisen, peering through the glass of the AHS library, home of the second semester art show. “And know that next year, we’re going to be saying the same thing.”

Rows of drawings, paintings, photographs line one wall; the opposite is filled with plaster busts, photograph sculptures, layered photographs and Photoshopped kaleidoscopes. In between, chalk drawings throw their vivid hues across the north end of the library, where the show is housed. 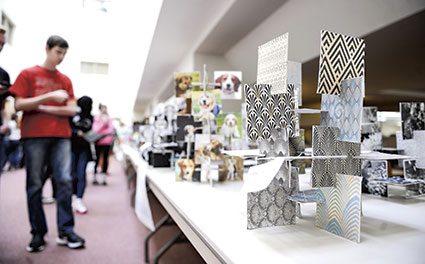 Several mediums of art were out for students to vote on.

Kayla Jorgenson, 17, had four of her works picked for the show, all having to do with photography.

“I really love it,” the junior admitted, and said being chosen to be included in the show was “a big deal.”

“I felt really lucky,” she added.

Other students also seemed to think it was a big deal, as a constant flow of students came in and out of the show during free hours and lunches.

Meghan Haldorson, a senior, showed her favorite entry — a photograph of her dad, Tim, a firefighter. Tim Haldorson is shown suited up for a fire.

“I like it because he wasn’t expecting it,” Meghan said with a grin. It’s no surprise that her photo sculpture, which incorporates 42 images, are of firefighters and firefighting equipment. 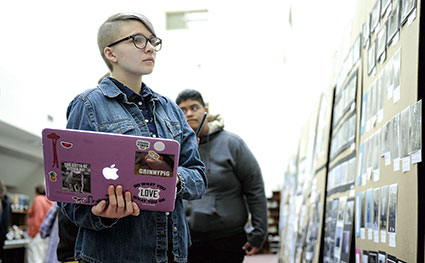 The show is also a competition of note, Levisen said. Students and community members vote for their favorites in online voting (http://bit.ly/2qzDMXk) but in order to see the students’ creations, you must attend the show, which runs through 5:30 p.m. Wednesday.

Once the votes are in, the three art teachers — Levisen, Barry Brobeck and Robin Brown —choose the top two entries from the second semester finalists. The second place overall winner earns the Award of Excellence, while the top entry is named Best in Show.

However, there is another prize that is even larger — a Magnum Award — that is the top pick between the two Best in Shows. The first Best in Show is chosen during the first semester art show.

All are awarded during the annual assembly to be held from 1:30 to 3 p.m. on May 31 in Knowlton Auditorium. Also revealed that day is the Senior Artist of the Year, who earns a scholarship. Those seniors will also have a video presentation of their works during the assembly.

Still, no matter the awards, Levisen said the true gift of art is that “it allows them to be creative; I don’t believe a lot of them have that opportunity — being able to break free, to not be afraid and to problem solve. In art, there is no such thing as a mistake.” 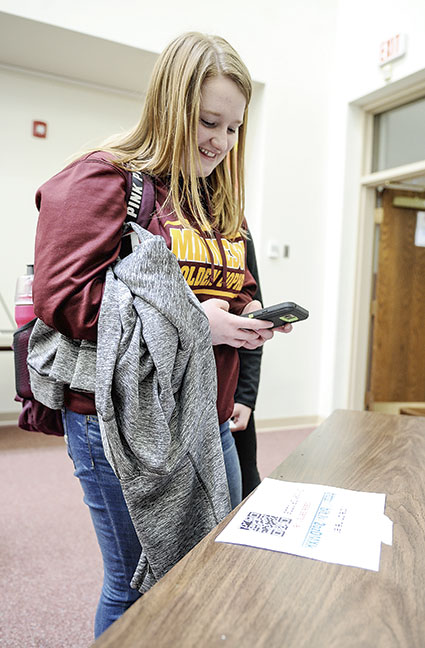 Madison Morse gets signed in for voting during the second of two art shows Tuesday at Austin High School.