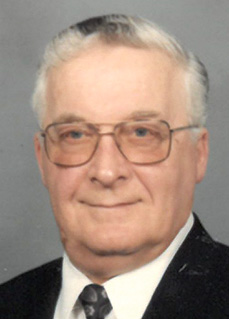 Robert D. Bjoraker, 85, of Austin, Minnesota, passed away peacefully on Thursday, May 11, 2017, at Sacred Heart Care Center in Austin.

He was born March 14, 1932, in Austin, the son of Guy and Mae (Roscke) Bjoraker. Robert grew up in Mapleview and attended Austin Public Schools. He was employed by Hormel Foods Corporation for 34 years. On April 12, 1951, Robert married Loetta Bakke in Austin. The couple raised three children. A member of Beautiful Savior Lutheran Church in Austin, Robert was also a social member of the American Legion. He enjoyed bowling, fishing, camping, snowmobiling and spending time at the cabin. He especially enjoyed doing the yard work. Robert will be dearly missed by his family and friends.

Funeral services will be held at 11 a.m. on Tuesday, May 16, 2017, at Beautiful Savior Lutheran Church in Austin with Pastor Paul Welke officiating. Visitation will be from 10 to 11 a.m. on Tuesday at the church. Interment will be in Grandview Cemetery. Memorials can be directed to the family of Robert Bjoraker or a recipient of donor’s choice.

Worlein Funeral Home of Austin is assisting the family with arrangements.  Condolences may be expressed to the family online at www.worlein.com.