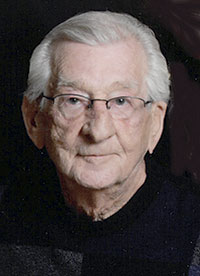 Robert A. Fisher, 76, of Lyle, Minnesota, died suddenly Wednesday, May 3, 2017, at Mayo Clinic Health System-Austin. Robert Alan Fisher, the son of Robert and Lois (Ellis) Fisher was born Dec. 25, 1940, in Sac City, Iowa. He attended school in Renwick, Iowa, graduating from Renwick High School in 1958. Following graduation, Robert entered the United States Army serving in Germany. After his discharge, Robert worked as a mechanic until he started as an owner/operator of his own rig, driving throughout the United States until his retirement in 2015.  On May 24, 1981, he married Betty Olson at the Little Brown Church in Nashua, Iowa. Robert drove a race car for many years throughout the Midwest and other areas of the United States, including, modifieds, sprint cars and later late models. He was well-known as a race track historian. He was a member of Our Saviors Lutheran Church in Lyle. Robert’s favorite saying was “See You In A Couple Weeks.”

Memorial services will be held at 2:30 p.m. on Sunday, May 7, 2017, at Worlein Funeral Home Chapel in Austin with the Rev. Barbara Finley-Shea officiating. The Fisher family will greet friends on Sunday afternoon from 12:30 to 2:30 p.m. prior to the service at Worlein Funeral Home. Military honors performed by the Lyle American Legion Post 105 will follow the service on Sunday at the funeral home. Condolences may be expressed to the family online at www.worlein.com.