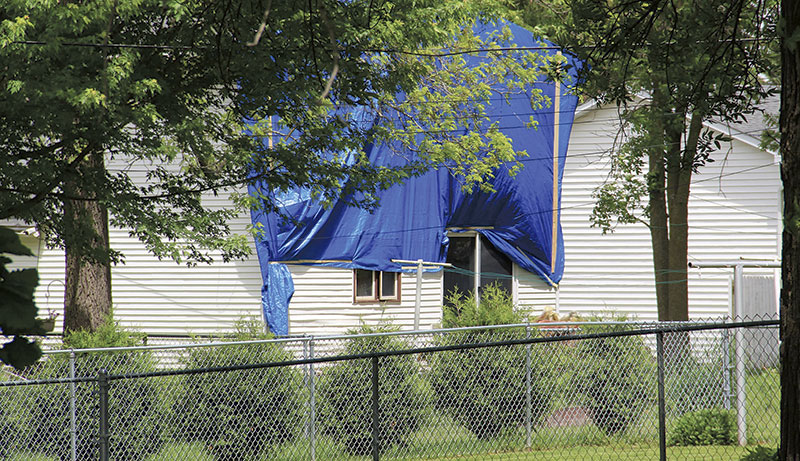 The state fire marshal is investigating an Austin house fire that caused an estimated $40,000 in damage over the weekend.

According to Austin Fire Chief Jim McCoy, firefighters responded to a call of a fire at 2010 Fifth Ave. NE at 12:50 a.m. Sunday. When they arrived, they saw smoke and flames coming from a second story window at the back of the house.

Nobody was home at the time and no injuries were reported.

The American Red Cross is helping the family of eight that resided at the house. 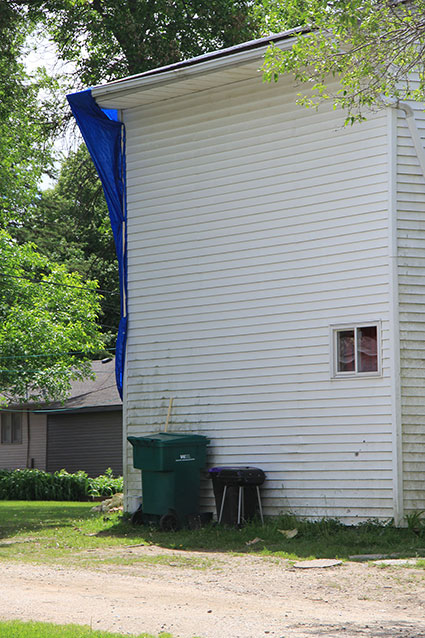 A tarp covers the back of the home. Jason Schoonover/jason.scoonover@austindailyherald.com