RCC’s Lillemon to retire after 30 years

Lillemon has served a multitude of Blue Devil roles over the years. Lillemon was hired in the fall of 1987 as the head coach for football and men’s basketball of Austin Community College. 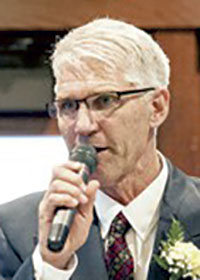 The NJCAA asked Lillemon to serve as the Region XIII Men’s Director in the mid-2000s. He led Region XIII, one of NJCAA’s largest geographic footprints from 2003 to 2007.

Lillemon is a fixture with many area sports news communities and fundraising events, including speaking to alumni and Hall of Fame groups annually. Lillemon spearheaded the RCC golf outing and similar development activities, duties which made him the face of Riverland Athletics throughout the community.

Lillemon pioneered not only the concept of a Hall of Fame at Riverland, but the opportunity to recognize entire teams for notable performances, not just individual athletes or coaches.

Colleagues at Riverland noted Lillemon’s work as a historian for the Blue Devil athletic department. This work was highlighted in the college’s 75th anniversary celebration, when Lillemon’s research  allowed for players, coaches and teams to be recognized for achievements far after their playing days were over. The commemoration of the 75 years of the college was highlighted by Lillemon’s ability to pull together important stats, records and stories of athletic years gone by.

Lillemon looks to spend additional time with his family, particularly watching his own kids participate in sports, as well as travel to his home state of North Dakota.