Up until the last several days, legislative leaders had been negotiating with Gov. Mark Dayton on the funding and policy contained in budget bills passed by the Legislature. Dayton’s signature is needed for the finance bills to become law so reaching agreement is a critical piece to successfully ending the session.

Earlier this week, Dayton made revised offers closer to what legislative leaders were looking for on some of the budget bills, however, the House and Senate majorities decided to end negotiations and began sending him budget bills that are expected to be vetoed.

The plan to pass and send bills to the governor for a quick turnaround and continued negotiations was stalled when one of the Senators was unfortunately and unexpectedly called away due to a family emergency. The Senate Republicans have only a one vote majority so all of their members are needed to be present and voting to support and pass bills. The House awaits Senate action on the remaining budget bills which must originate in the Senate.

One of the bills sent to Dayton was the Agriculture Finance omnibus bill. It originally passed the House with unanimous support putting us in a strong position in conference committee. Some changes on policy and funding caused the bill to come back to the House where it passed with minimal minority support. The governor has already vetoed this bill along with the K-12, environment, state government finance, and health and human services omnibus bills.

Dayton is expected to veto the rest of the budget bills when they arrive at his desk. Negotiations will resume on Monday, May 15. Only a few days remain to wrap up negotiations, re-write bills, bring bills to each body to pass, create conference committees if needed, and agree to final versions of the bills. We are constitutionally required to conclude our regular legislative session on Monday, May 22. Without agreement, the likelihood increases we will be called into special session by the governor in order to conclude the budget before July 1, 2017.

The end of session always is a time of heightened awareness regarding how and if our legislative process is working. This year especially we see how politics plays a role. I believe at the start of every biennium there is hope and expectation that congeniality and compromise will prevail. Every year instead it seems consternation and conflict happen. This year is heading toward that end. Continued difficulties or a refusal to negotiate on the part of the legislative leaders could make it impossible to finish the work on time and would push us toward a special session.

With the Legislature and the administration run by two different parties, compromise and good faith negotiations must play a central role. 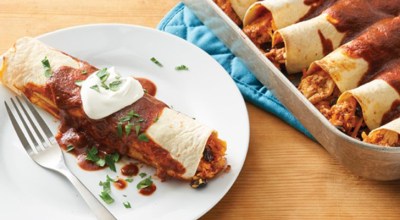