Murphy steps up in nightcap as Packers grab a split 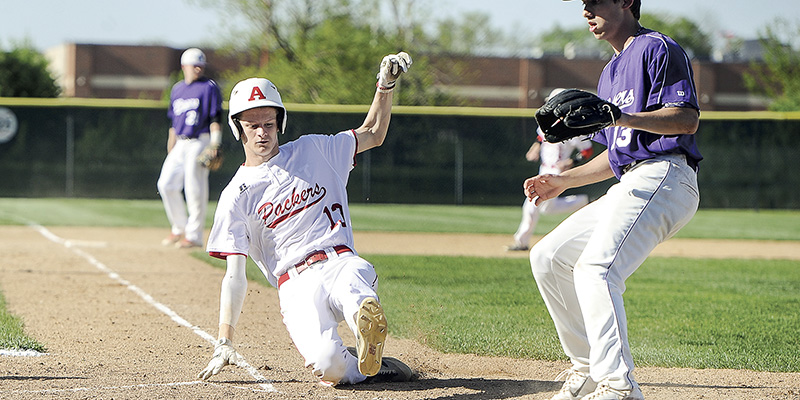 The Austin baseball team received a solid pitching performance in the nightcap as it was able to pick up a split in a doubleheader against Rochester John Marshall in Seltz Field Tuesday. The Packers lost the opening game 8-4 and Nate Murphy picked up the pitching win as they took the nightcap 5-3.

Murphy, a sophomore, splits his time with the JV and varsity teams and when he plays varsity, he plays exclusively as a pitcher. Murphy cruised through Tuesday’s win as he struck out seven and allowed just two earned runs in six and two-thirds innings. 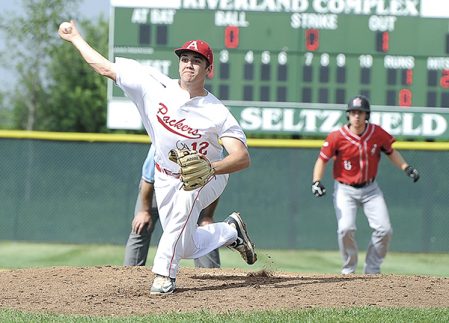 “I was pretty excited,” Murphy said. “I don’t play varsity that much and I just kind of come up here and do what I do and throw strikes. It’s kind of fun. I get my at bats and play the field on JV and I get to pitch here.”

The Packers (7-9 overall, 3-6 Big Nine) took the lead for good in the nightcap when they scored two runs on a throwing error to go up 3-1 in the third. Austin stretched the lead to 5-1 when Riley Wempner singled in two runs in the fourth.

“We played a much better game in the second game,” Austin sophomore Hunter Guyette said. “We saw a slower pitcher in that one, but if you see a slower of faster pitcher you’ve just got to adjust.”

Austin needed its pitchers to log in some big innings against JM as the Packers will play another doubleheader at Rochester Century Friday. Austin head coach Joe Kroc was pleased with what Murphy gave the team on the hill.

“He did a good job tonight and he’s thrown more strikes in his last couple of outings,” Kroc said. “Tonight he was much better with his fast ball command and he was really good with his curve ball and being able to spot that for strikes.”

Austin led 4-1 in the first game after Phillip Zynda doubled in two runs run and AJ Mueller and Jack Dankert each knocked in a run in the third inning, but the Rockets (7-9 overall, 6-3 Big Nine) had six straight batters reach base with two outs to tie the game up at 4-4 in the fourth and they scored two runs to go up 6-4 in the fifth.

Kansas State commit Alex Belch pitched the opener for JM, but Austin was able to muster eight hits in that loss.

“I thought we did a really good job of putting together good at bats and we’re finding the barrel more,” Kroc said. “It’s been good.” 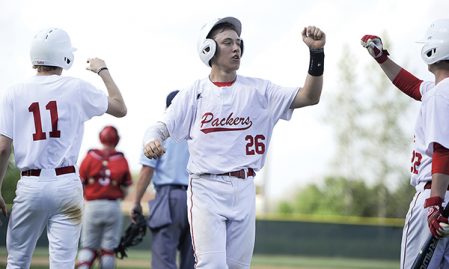 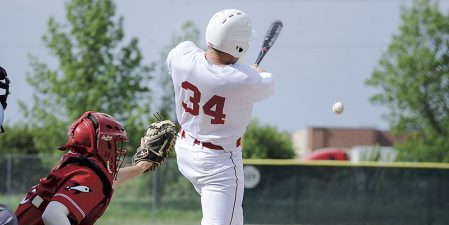