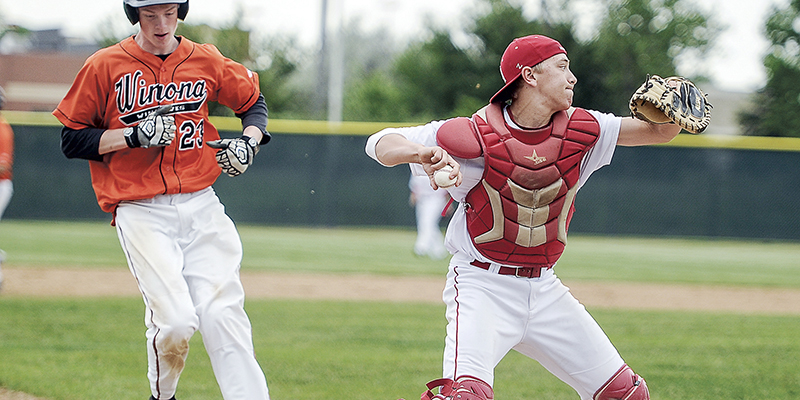 Austin’s Hunter Guyette throws down to first after getting the front end of a doubleplay at home against Winona in a Section 1A Tournament game Saturday at Dick Seltz Field. Eric Johnson/photodesk@austindailyherald.com

On a day when its defense was nearly flawless, the No. 3 seeded Austin baseball team needed one last web gem to get past No. 6 Winona 5-4 in a Section 1AAA tournament opener in Seltz Field Saturday.

That play came from second baseman Riley Wempner when he came charging from second base to scoop and flip a ground ball to first to end a Winhawk rally and end the game. Winona (8-13 overall) had a runner on second with two outs and it had already plated three runs in the top of the seventh to close the gap to one run. 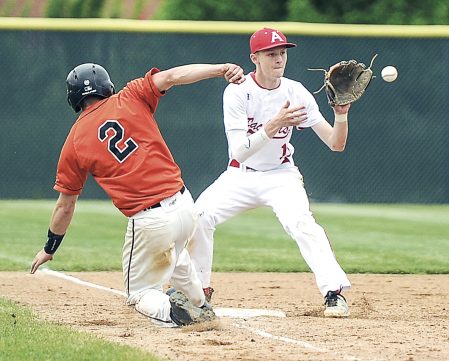 Austin junior Pete Conner, who was one-for-three with an RBI double, said the Packers never felt any panic as Winona made its late comeback.

“We believe in each other,” Conner said. “We know everyone in the field can make a play and as long as we work together, it should be no problem.”

Wempner also made a diving catch earlier in the game, Forrest Lewis made some big plays at third base and the Austin defense turned two doubles plays — including one to end a bases loaded threat in the second inning. The Packers didn’t commit a single error in the win. 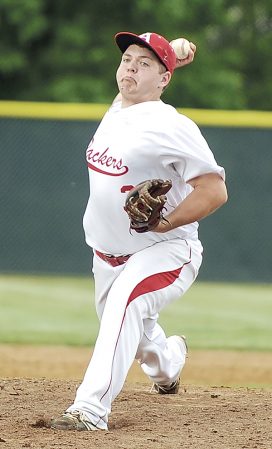 “We’ve been a different team this last half of the year,” Austin head coach Joe Kroc said. “Our fielding and pitching has been a strength all year and they’ve been working their butts off in the cage. We just made big plays all day.”

Austin (12-9 overall) trailed 1-0 early, but it took the lead for good when Conner doubled in a run to make it 2-1 the third. The Packers went up 5-1 in the fifth when AJ Mueller and Josi Both had back-to-back two-out RBIs.

Lewis said Austin’s defensive prowess carried over to the plate.

“The defensive plays not only pushed our fielders to make plays, but it pushed our batters to get hits,” Lewis said. “We came in with a bit of pressure, but I feel like we handled it well. We were ready to play and I think it showed.”

Michael O’Connor picked up the win in relief and Austin should have most of its pitching staff available when it plays at No. 2 Northfield 1:30 p.m.

“Michael came in a little earlier than we wanted him to, but we kept to where we can use him again on Monday and [Jack] Dankert’s going to be on the mound for that game against Northfield,” Kroc said. “That’s the kind of situation we want to be in.” 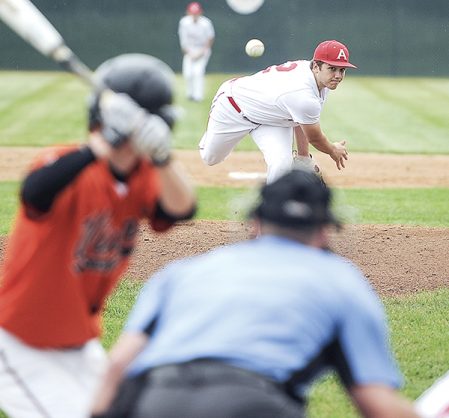