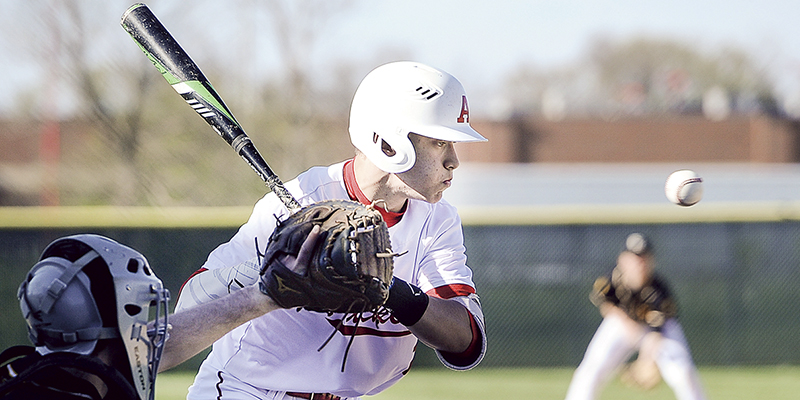 The Austin baseball team has done two things very well for the bulk of this season and even after an eight-day break, they continued to do thrive in those departments. The Packers locked down on pitching and defense as they beat Mankato East 1-0 in Dick Seltz Field Tuesday.

The Cougars (3-8 overall, 1-5 Big Nine) had runners on first and second with one out in the final frame when relief pitcher Josi Bothun was able to force a ground out to seal the win. Bothun, who pitched three scoreless innings, was able to shake off the pressure of pitching in a one-run game as he focused on the simple things.

“You just have to trust your defense and throw strikes,” Bothun said. 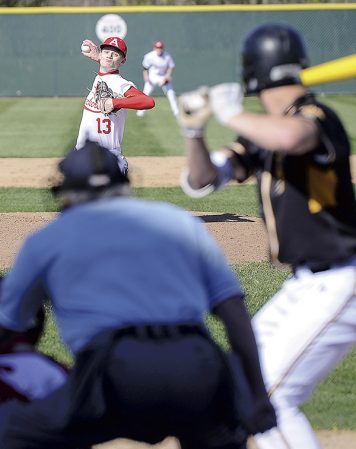 The Packers scored their lone run in the bottom of the second inning when they drew three walks and Riley Wempner was hit by an 0-2 pitch to drive in a run. The Packers (4-4 overall, 2-1 Big Nine) have now allowed three runs or less in six of their eight games this season and they came into to Tuesday’s game with a team ERA of 1.69 according to head coach Joe Kroc.

However, Austin has scored two runs or less four times this season and the Packers continued to struggle at the plate as they had just one hit against East.

“I can’t say enough about our defense and pitching all year,” Kroc said. “The kids have been working hard and we’ve got to get that third aspect of the game figured out here in a hurry. We have to do a better job mentally and we have to start believing in ourselves.”

Austin junior Jack Dankert picked up the mound win as he pitched four scoreless innings. While it was tough for the Packers to wait for the rain to stop and the games to start over the past couple of weeks, Dankert said it did help him recover physically.

“It felt good to be out there again today. The weather was perfect and the wind died down,” Dankert said. “I knew I was going to get a start coming up here in the last two weeks so every day at practice I’ve been throwing and yesterday my arm felt amazing. That’s the best its felt in a while.”

Due to all of the delays, the Packers will have a jam packed schedule for the rest of May. Austin will play at Owatonna 5 p.m. Thursday and it will host Northfield in a doubleheader 4:45 p.m. Friday.

Kroc said the last couple of weeks have been frustrating with limited time outdoors. Now he’s hoping the Packers can pick up their hitting down the stretch.

“It’s pretty hard to stay motivated in practice when you don’t have a lot of games, but to their credit they’ve been grinding,” Kroc said. “Once we start seeing some success on offense, we’ll have start doing a lot better. Right now a lot of guys are putting pressure on themselves.”